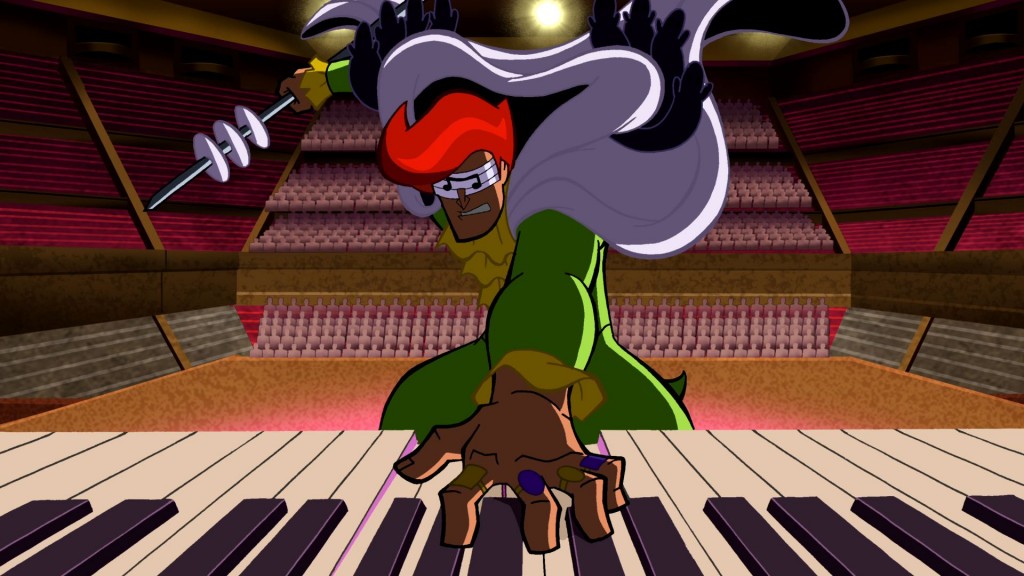 When it was announced that The Flash and Supergirl would be having a musical crossover, many fans wondered how they could do it while still making sense within the show. Both shows have given us some absurd characters like King Shark, Gorilla Grodd, the White Martian, and Bizarro, but it still seems like they are going to try and continue pushing the comic-book absurdness limit.

One way to make the musical “make sense” within the show’s confines is to bring in the villain the Music Meister. Music Meister is a character that was created for Batman: The Brave and the Bold animated series, voiced by Neil Patrick Harris. The character doesn’t have an extensive comic book lore, or detailed history with either Batman or The Flash, but he can make people sing and dance using the power of his mind.

While speaking with Collider, Producer Andrew Kreisberg talked about making the musical work. He didn’t drop a name, but the powers he’s speaking of sound a lot like the Music Meister:

According to a rumor from a few weeks back, NPH has even been considered to play the role of the character’s live action counterpart. It has yet to be seen if there is any truth behind this rumor.

Are you excited for the chance of seeing the Music Meister appear in live action? Do you want to see Neil Patrick Harris reprise the role? Make sure to let us know what you think down in the comments.

Both Supergirl and The Flash return to the CW in October.