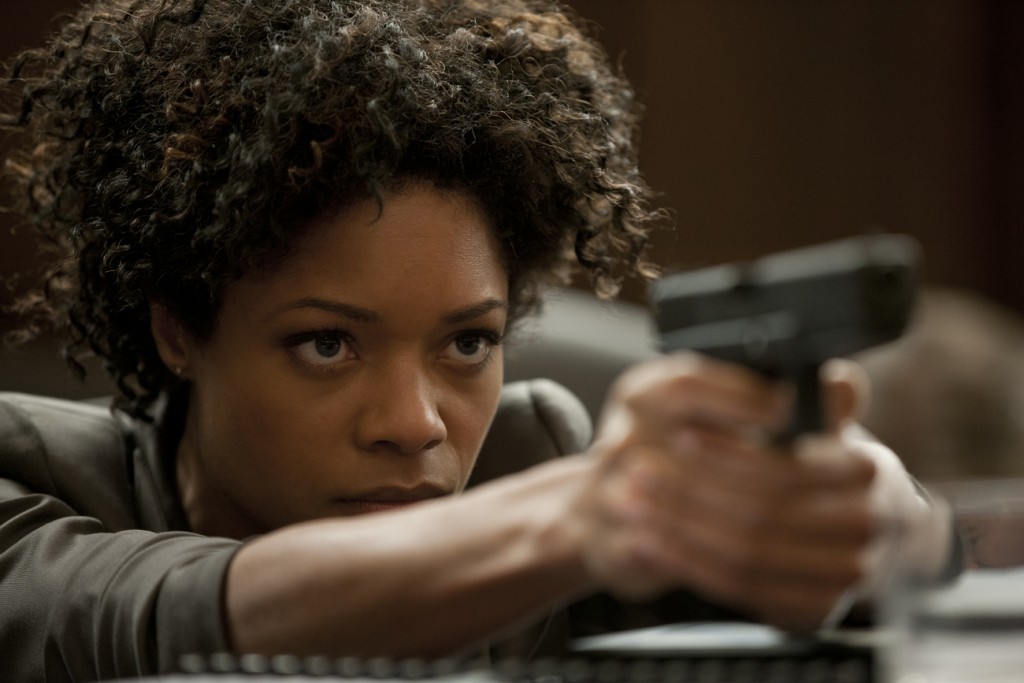 The oscar-nominated actress Naomi Harris, who has played Moneypenny in the last two James Bond films Skyfall and Spectre thinks there is a good chance Daniel Craig will return for another outing as Bond. Craig was very vocal while doing press for Spectre that all he wanted to do was to move on from the role, going as far to say that he would rather have slashed his own wrists than play Bond again at the time.

Harris recently spoke after being awarded an OBE from Queen Elizabeth II, telling the press:

“I really don’t think that they’ve moved on from Daniel. I think there’s a very good chance that Daniel will come back. I think it’s way too early to be thinking about other people at this stage.”

The actress went further to add that given the success of the last two Bond films, producers Michael G. Wilson and Barbara Broccoli are desperate for Craig to return:

“I think the fact that the last two Bonds – Spectre and Skyfall – have been the highest-grossing Bond movies of all time shows that people love him as Bond, and they desperately want him to return. And I don’t think Daniel is immune to that… I think he’s very aware, so I think that adds an extra level of pressure. But he has to ultimately do what feels right to him. But I know that we, as a cast, collectively want him back. I know that Barbara and Michael – our producers – desperately want him back, so I think the only person that needs persuading is Daniel.”

Despite publically displaying his disposition, Craig still has a good relationship with Broccoli. Following Spectre, Craig starred opposite David Oyelowo off-broadway in Othello which was produced by Broccoli.

Executive producer Calum McDougall — who has worked on nine Bond films — revealed last September that Craig is still Wilson and Broccoli’s first choice to play Bond. Craig himself also said last fall he would miss the role terribly were he to officially exit.

While there is no official word on the 25th installment of the Bond franchise, EON productions is rumored to be in advanced negotiations to shoot Bond 25 in Croatia.

So what do you guys think? Do you want to see Craig back in the role or would you rather see someone like Idris Elba or Tim Hiddleston get the chance to play the character? Sound off in the comments below.