It seems like they’re just getting started. We recently heard from Jeffrey Dean Morgan about the direction that Negan will take in the latest season of ‘The Walking Dead‘. He now features in some new key art for the series that calls back to the classic black and white design of the comics. He looks charismatically evil. If this doesn’t help get you excited to see Negan, we’re not sure what will.

The only person that isn’t included in this gigantic list of appearances is Ross Marquand, who plays Aaron on the show. Does this mean that he’ll be the one to meet Lucille? We’ll have to wait to find out. 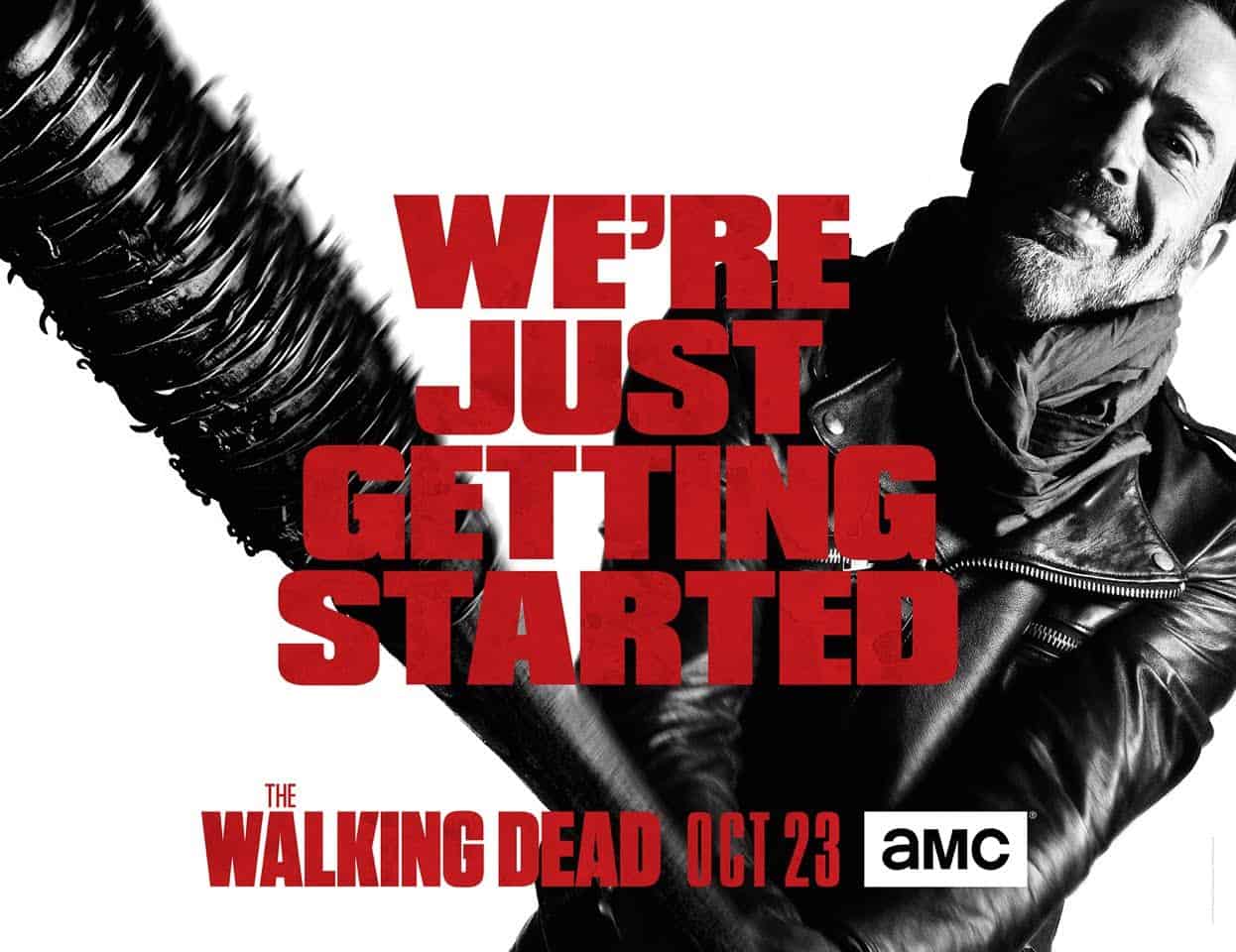