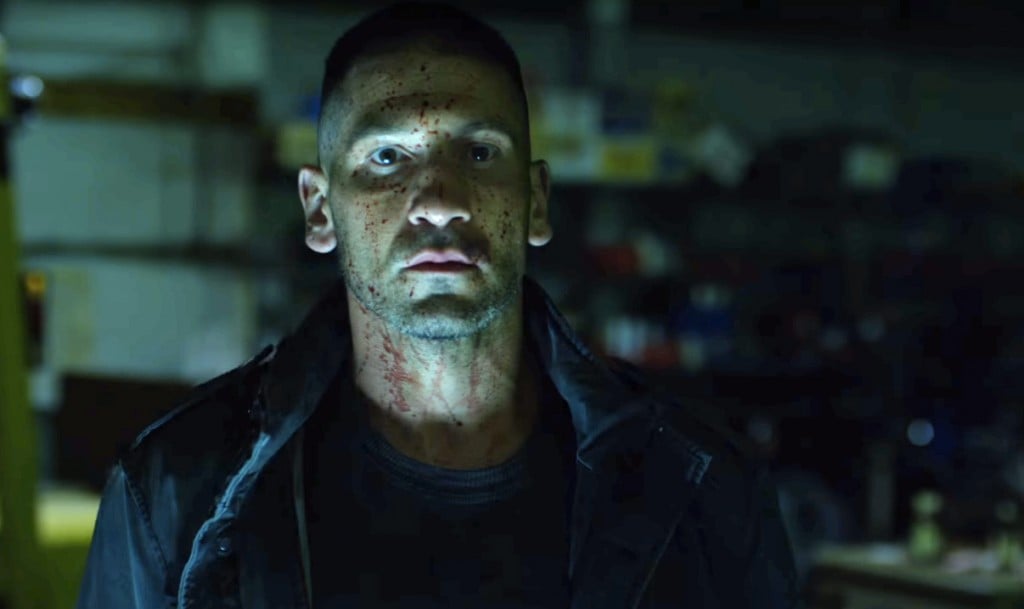 Fans of Frank Castle, rejoice. It appears that the Netflix series set to star Jon Bernthal reprising his role as The Punisher, introduced in Daredevil season 2, has started production (or at the least will be very soon). According to a revealing tweet from New York Comic-Con, the actor had to cut his panel appearance short because of production obligations with his upcoming Netflix series.

Originally anticipated for a 2018 release, the Netflix app now has the show listed as coming out in 2017 instead along with The Defenders and Iron Fist. It looks like Netflix and Marvel are attempting to get The Punisher series out as quickly as possible, and I for one am completely on board with that idea. 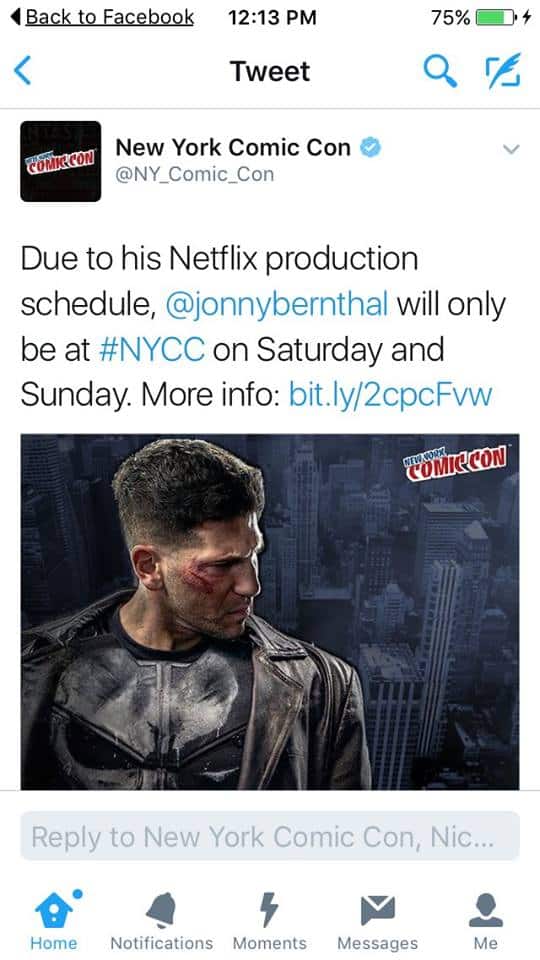 Although it’s a shame Bernthal won’t be at NYCC for the full appearance, it is definitely justified reasoning that he has to cut his time short for production of The Punisher series. Frank Castle gets a pass for that one… not that he needs it.

Are you excited for Jon Bernthal’s solo series coming to Netflix? Make sure to let us know in the comments.

The Punisher from Netflix and Marvel is right now scheduled for a 2017 release, according to the Netflix app.