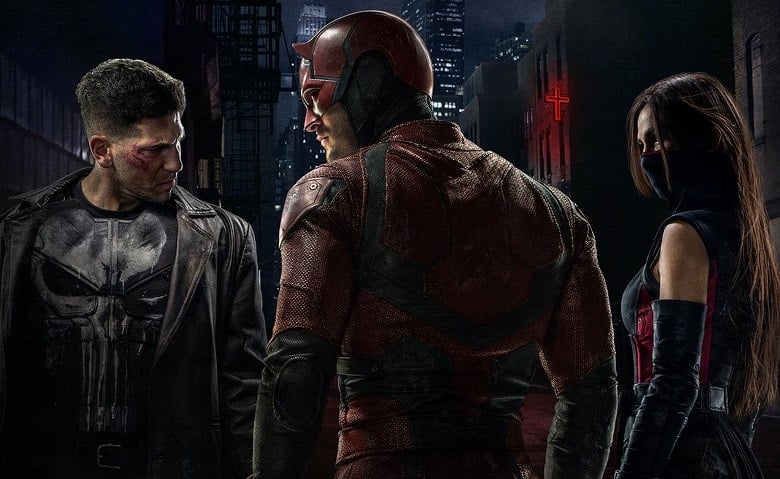 We recently got a glimpse of The Punisher’s iconic skull logo on a few billboards, but we now have a brand new poster for the second season of Marvel and Netflix’s Daredevil, which offers up our best look yet at Jon Bernthal as the fan-favorite character in full costume, Elodie Yung suited up as Elektra and looking ready to kick some ass, and last but not least, Charlie Cox as the Man Without Fear himself. You can check out the poster right below and sound-off your thoughts in the comment section. 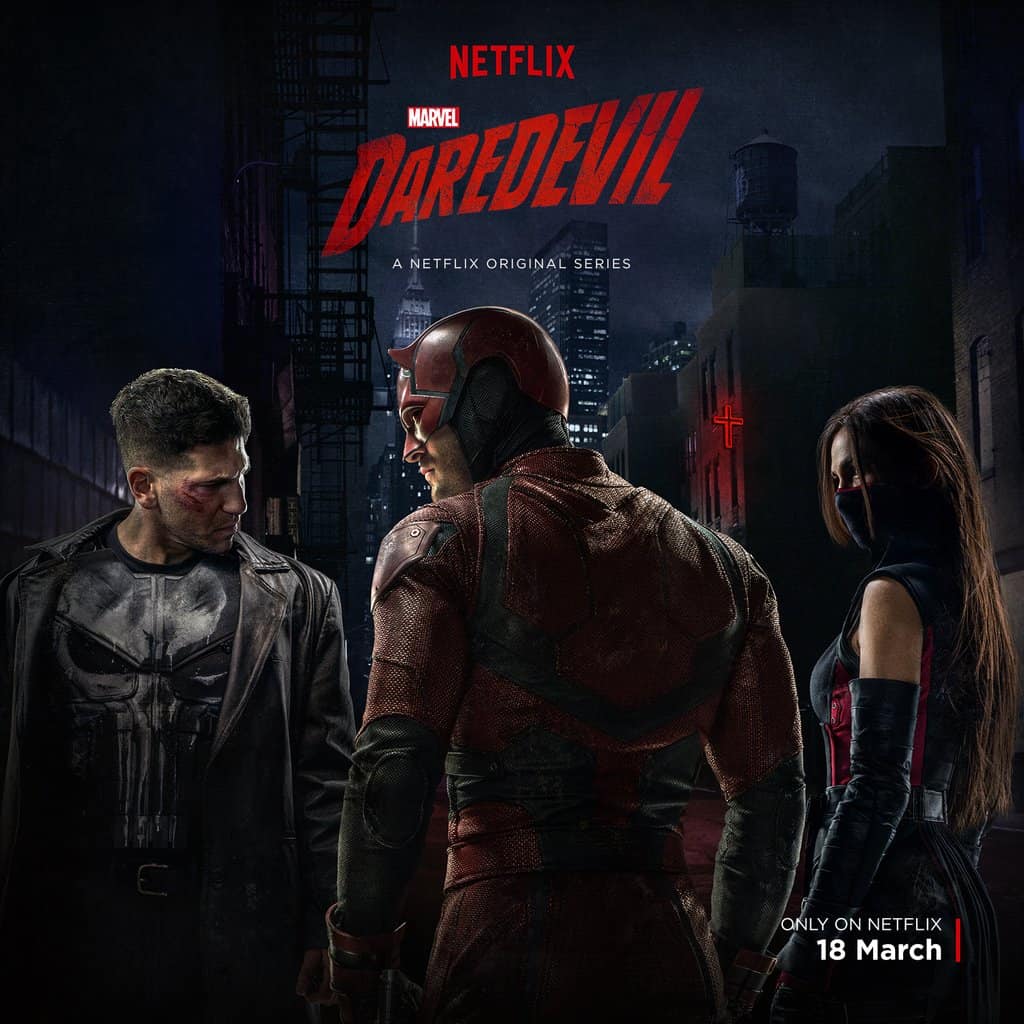 The second season of Daredevil hits Netflix on March 18, 2016.