When Gotham returns this season many of our favorite characters will be going through transformations, especially Poison Ivy. The role of Ivy has been recast, Maggie Geha will be replacing who played the character throughout season one and two of Gotham.

It was previously reported that Ivy will be going through a rapid growing up process, thus the reason for re-casting. A new image of Geha as Ivy as surfaced and shows off her character following the aging transformation. Gotham producer John Stephens spoke with TV Insider and explained the aging transition.

“One of the creatures that escaped from Indian Hill [in May’s finale] has the power to age people. Sometimes he uses it to kill people; other times he doesn’t get to complete the process.”

Stephens acknowledges that this change could be jarring for some fans but he hopes that the transition will be natural and make sense.

“Maggie really seems like Clare. She is playing the same intonations and rhythms. It’s great.”

This casting change will also be changing the role of the character. Instead of being a sidekick to Selina Kyle, Pepper will be newly confident and empowered and be connecting with Bruce Wayne.

Check out the new look here: 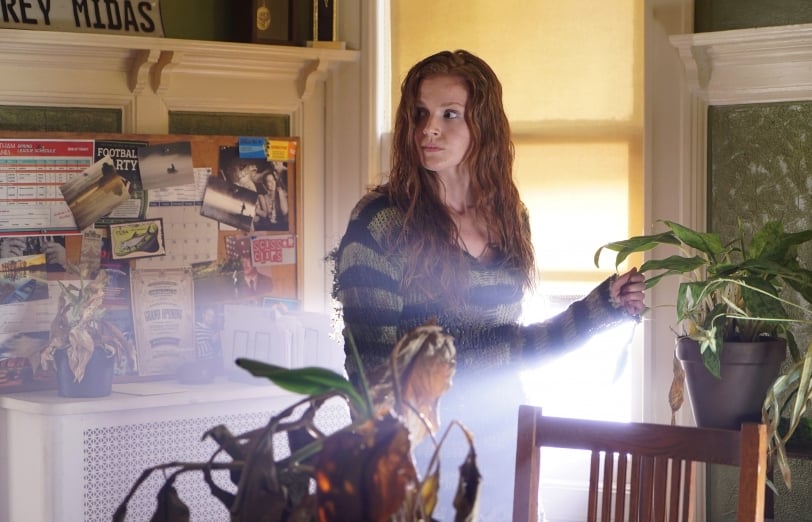 Geha joins newly added cast member Jamie Chung. Chung is from Once Upon A Time and Big Hero 6 has been cast as Valerie Vale. The former reality star has also appeared in Hangover Part II, Sucker Punch, and Premium Rush.

Changing the ethnicity of the character from canon will also provide a dose of diversity for the show and will also provide an interesting change for a character who was historically played by a white actress. She will be a newly hired reporter for the Gotham Gazette and she will be trying to uncover the truth behind all the controversy surrounding Hugo Strange’s Indian Hill. She will be driven and willing to do anything to get her scoop, and eventually crossing paths with Jim Gordon. It has also been confirmed that Valerie Vale will be Vicki Vale’s aunt and not Vicki Vale.