A new photo has given us first look at the new  Black Lightning antagonist, Gravedigger.

Last year, it was revealed that actor Wayne Brady had been cast in the role of Grave Digger for Black Lightning. Gravedigger is described as a supersoldier who refused to live in segregated America and attempted to create a safe haven for metahumans in Markovia. His attempts to do this will eventually lead to a confrontation with Black Lightning and the ASA. How long he will remain an antagonist and how big of one he will be is currently unknown.

Thanks to a new photo we now have our first look at Gravedigger in action on Black Lightning from Entertainment Weekly. You can see the full image below: 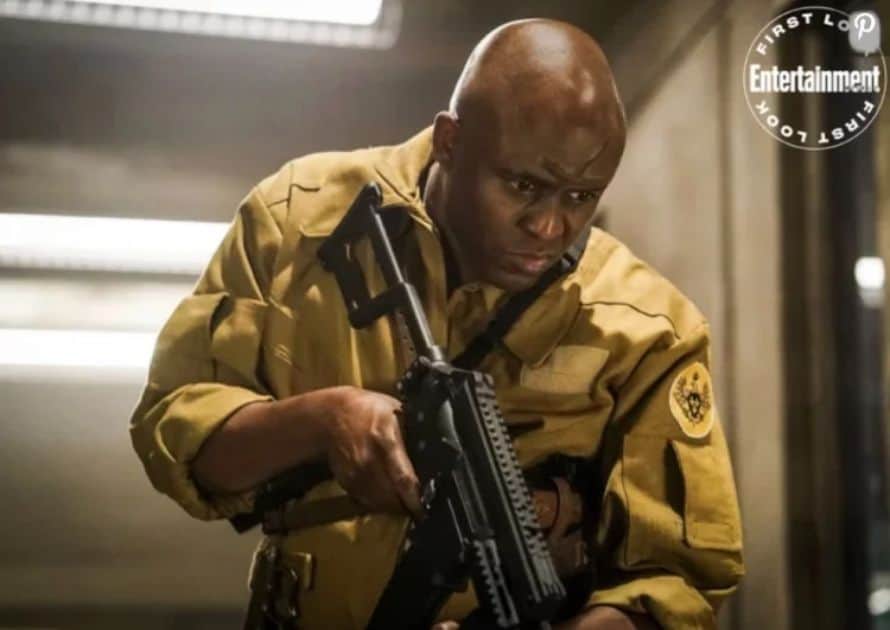 What do you all make of this image? Are you excited to see Gravedigger in live-action on Black Lightning? Let us know what you think in the comments below!

Here’s the synopsis for Black Lightning‘s upcoming episode with Gravedigger, The Book of Markovia: Chapter Four:

“WAYNE BRADY (“WHOSE LINE IS IT ANYWAY?”) GUEST STARS IN THE EPISODE – Black Lightning (Cress Williams) and his team descend upon Markovia on a mission to rescue Lynn (Christine Adams) who finds herself in even more trouble when she meets Gravedigger (guest star Wayne Brady, “Whose Line Is It Anyway?”), a metahuman on the Markovian side.
Nafessa Williams, China Anne McClain, James Remar, Damon Gupton, Marvin Jones III and Jordan Calloway also star. Salim Akil directed the episode written by Charles D. Holland & Asheleigh O. Conley.

Black Lightning airs Mondays at 9/8c on The CW.