It looks like Lionsgate is ready to push the upcoming Dean Israelite directed Power Rangers reboot as just earlier today we learned that the cast of the film would be presenting at the MTV Fandom Awards followed by the debut of some character posters for the film. Now, we have a new image for the Dean Israelite directed film which features Elizabeth Banks as ‘Rita Repulsa’ confronting Becky G’s Trini aka the ‘Yellow Ranger’ in her bedroom. How does she know her identity and why is the villain confrontng Trini? Actress Becky G told Entertainment Weekly the following.

“Rita tries to make Trini feel like she’s the weakest link of the Power Rangers, and she feels it’s easiest to go for her. Rita’s the type to play a lot of mind games, and Trini’s [thinking], ‘Can I really overpower Rita Repulsa or can I not?'” 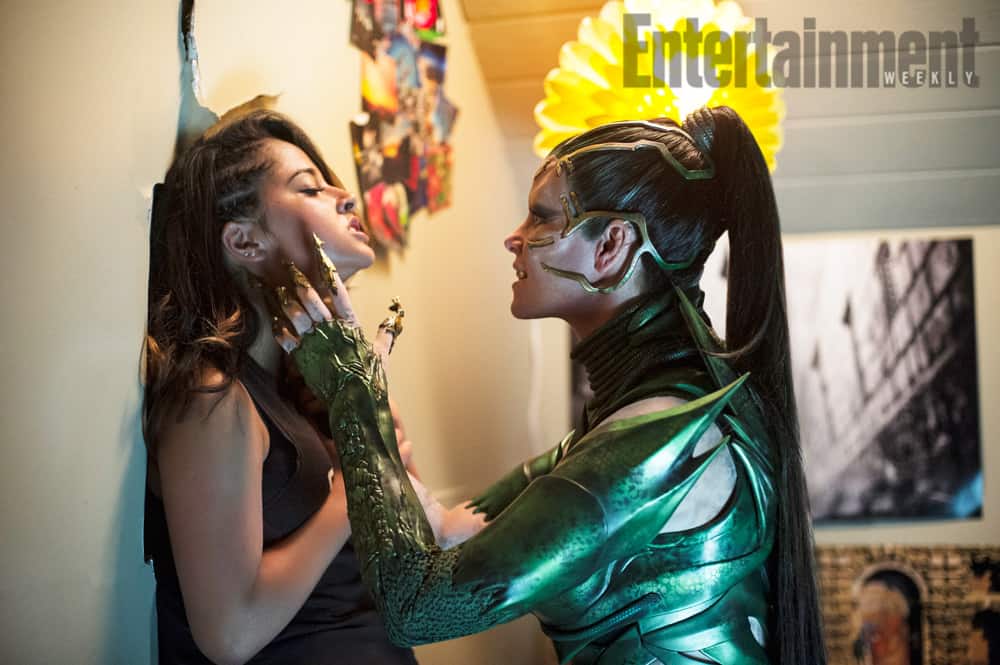 The actress, who happens to be the youngest of the new cast, additionally commented on what it was like filming the fight sequence.

“When we did our blocking, our run through, Elizabeth and I really wanted& to make it fun, to make this scene as real as possible. Actually, I got to run through the wall a couple of times. I got thrown up against it and I got to break it myself. My stunt double of course was there, talking me through it, but I was really, really excited. It was a bit intimidating for me because, you know, it’s Elizabeth! I look up to her a lot as an actress, so getting to work one on one with her is really cool. I learned a lot, and there were moments when I had to hit her, and I was like, “Oh my God, I hope I don’t actually hit her!” She really let me be hands on in a lot of the fighting, so it was cool.”

Sounds good to me. While I was a bit skeptical about this film at first, my interest is definitely growing with each additional bit of information released. What about yourself? Let us know what you think and you can also check out more quotes regarding the sequence at the source link below.