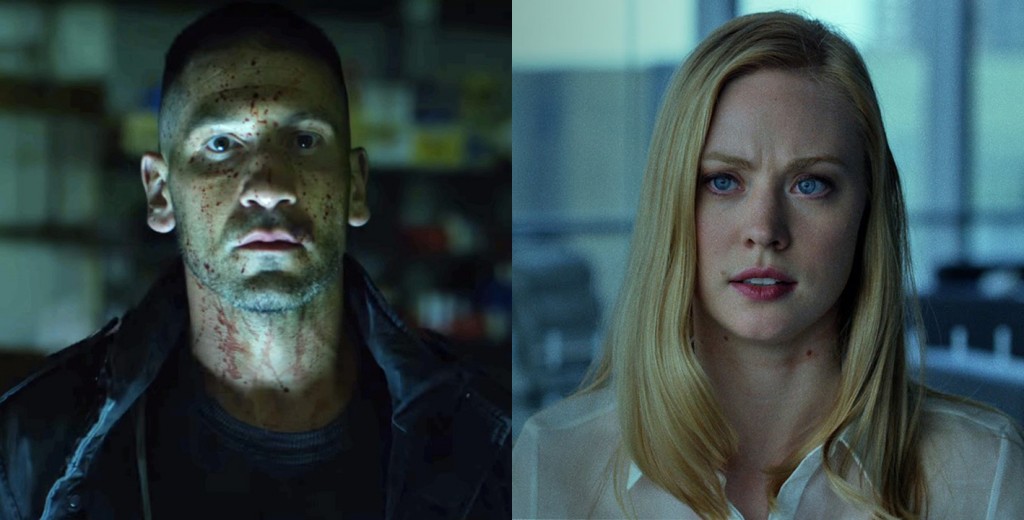 Just the other day, the first set images for Marvel and Netflix’s series The Punisher were revealed online by the website JustJared. The images confirmed the speculated rumor that the series is already filming and would most likely be released in 2017. As of earlier today, we now know that the show will in fact be coming out in 2017 as it was confirmed in a press release from Marvel containing new casting announcements. Now, in addition to the initial images that surfaced online, JustJared has a new batch to release to the world.

Jon Bernthal is shown siting next to Daredevil star Deborah Ann Woll as Karen Page. Frank Castle and Page formed a bond during Daredevil‘s second season that will apparently be explored further in his own series. This also confirms that the show will take place after the events of Daredevil season 2, and not be a rehashing of his origin.

The Punisher will be Netflix’s sixth Marvel series, after Daredevil, Luke Cage, Iron Fist, Jessica Jones, and The Defenders. The character was featured in Daredevil and was found to be so popular that he was given his own show. Now date is set for premier yet but we do know it will be sometime in 2017.

Are you looking forward to The Punisher? Make sure to let us know below in the comments.