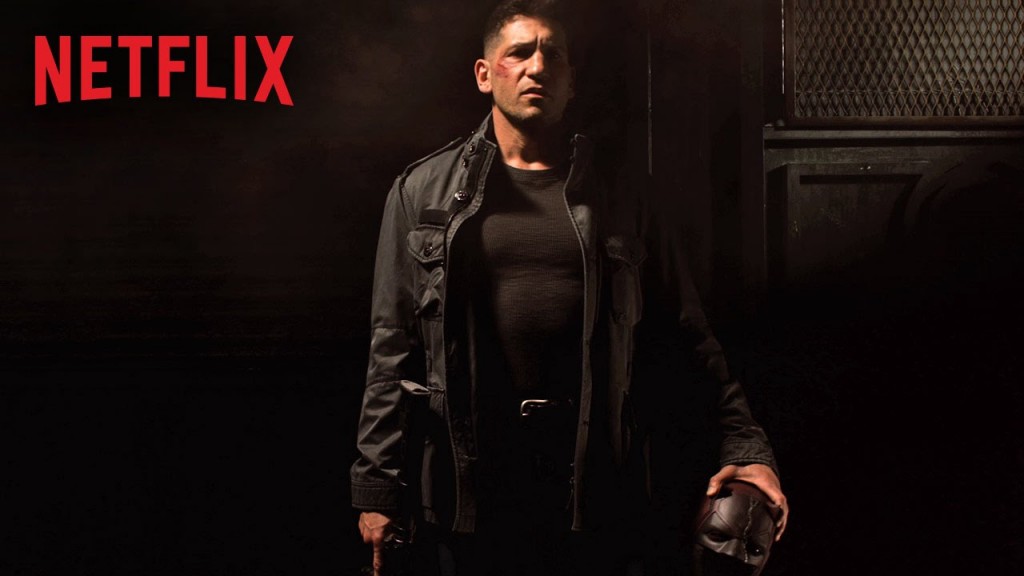 Just Jared has posted a batch of new images featuring actor Jon Bernthal as Frank Castle aka The Punisher. The images feature the actor on set of his eventual Punisher series, allegedly coming to Netflix in 2017 – at least according to the streaming media program’s app – and confirm what we’ve all been speculating, that The Punisher is officially filming.

The images show Bernthal sporting a rugged, unshaven face. He is wearing a black jacket with what looks like a hoodie on under it, and is carrying a backpack – he looks eerily reminiscent to Henry Cavill during the first half hour of Man of Steel. There hasn’t been much plot information released, but my best guess is that the series is going to follow Castle after meeting Matt Murdock in Daredevil‘s second season, as his origin has already been established. Or, it could possibly be a more detailed look at his origin as a vigilante. As of right now the plot is still a shot in the dark. The images were (naturally) taken in Brooklyn earlier this afternoon.

Check out the tweet from Just Jared for a first look; hit the link at the bottom for the rest of the images:

Netflix & Marvel has just released their third collaborative original series, Luke Cage, on the heels of two seasons of Daredevil and a single season of Jessica Jones. Luke Cage will be followed by both Iron Fist and The Defenders, and The Punisher will serve as Marvel & Netflix’s sixth series to date.

Are you looking forward to Jon Bernthal returning to the small screen in The Punisher’s own show? Make sure to sound off your excitement in the comments.

The Punisher is currently rumored for a 2017 release. Stay tuned to Heroic Hollywood for any updates on the release date.