Olivia Wilde had a simple way of teasing Marvel fans after news she might be directing a Spider-Woman movie for Sony arrived online.

After the surprising news that Booksmart director Olivia Wilde has signed on to develop a female hero solo movie for Sony, she briefly teased who she could be bringing to the big screen. Reports circulated saying her film was believed to be Spider-Woman, although that remains unconfirmed. Other possible candidates could be a hero like Spider-Gwen or Silk. Sony is clearly charging forward with their own universe, with 2021 also delivering Jared Leto’s Morbius and Tom Hardy’s Venom sequel.

Olivia Wilde’s as-of-yet untitled Sony movie isn’t the only female Spider-Man character getting a solo film, with S.J. Clarkson recently signing on to help Sony’s Madame Web movie. But the director took to Twitter following the announcement, quoting Deadline’s report with a simple spider emoji. While Sony has the rights to most characters and villains related to Spider-Man, most fans assumed this means Olivia Wilde will be taking on Spider-Woman for Sony. The director also expressed her excitement to work with Kate Silberman on the film with a post on her Instagram story. The pair previously teamed up for Booksmart. Take a look at the director teasing her potential Spider-Woman film below. 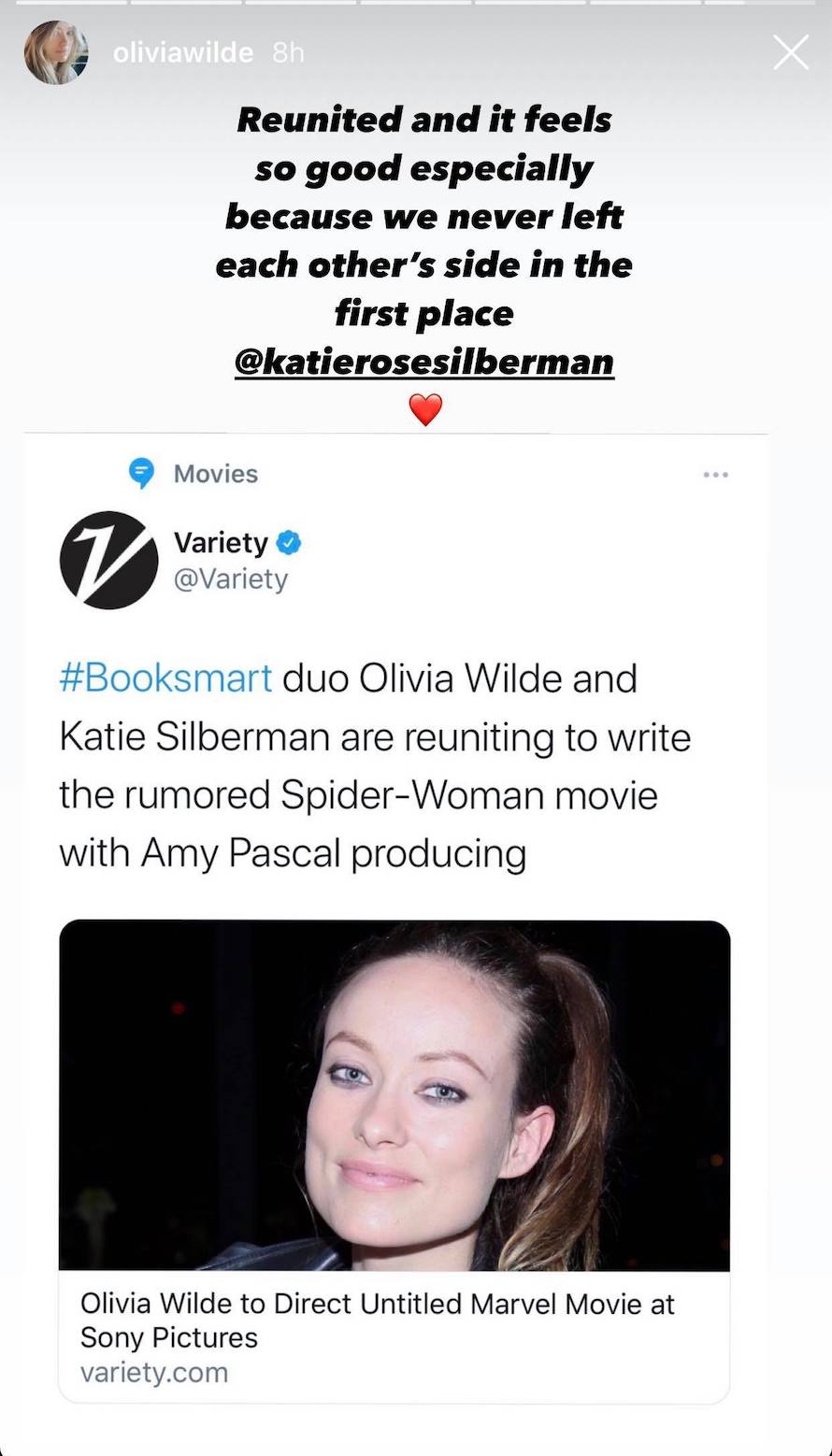 Do you think Olivia Wilde is working on a Spider-Woman film? Which version of Spider-Woman would you like to see? Jessica Drew or someone else? Let us know what you think in the comments below!

Here is the official synopsis for Sony’s next Marvel film, Morbius:

One of Marvel’s most compelling and conflicted characters comes to the big screen as Oscar winner Jared Leto transforms into the enigmatic antihero, Michael Morbius. Dangerously ill with a rare blood disorder, and determined to save others suffering his same fate, Dr. Morbius attempts a desperate gamble. What at first appears to be a radical success soon reveals itself to be a remedy potentially worse than the disease.

Stay tuned for all the latest news on Olivia Wilde and Spider-Woman and be sure to subscribe to Heroic Hollywood’s YouTube channel for more original video content!