An interesting look for Paul Bettany’s Vision was revealed towards the end of the recently-released WandaVision trailer, with the series giving a comic accurate design to the android. Although the ongoing pandemic has caused havoc for the film and TV industry, the Disney Plus series starring Paul Bettany and Elizabeth Olsen will seemingly arrive later this year. And when WandaVision finally premieres on Disney Plus, expect Vision to don a comic-accurate look at some point in the series.

Shortly after Paul Bettany’s Vision is told that he’s dead by Kathryn Hahn’s mysterious character, the trailer shows a brief shot of the android strolling down the street in the character’s comic-accurate look of a green body suit iwth a bright yellow face. Interestingly, the Mind Stone is also replaced with a green diamond. The costume matches the similar take on Scarlet Witch’s costume fans previously saw Elizabeth Olsen wearing. Take a look at Paul Bettany’s Vision below. 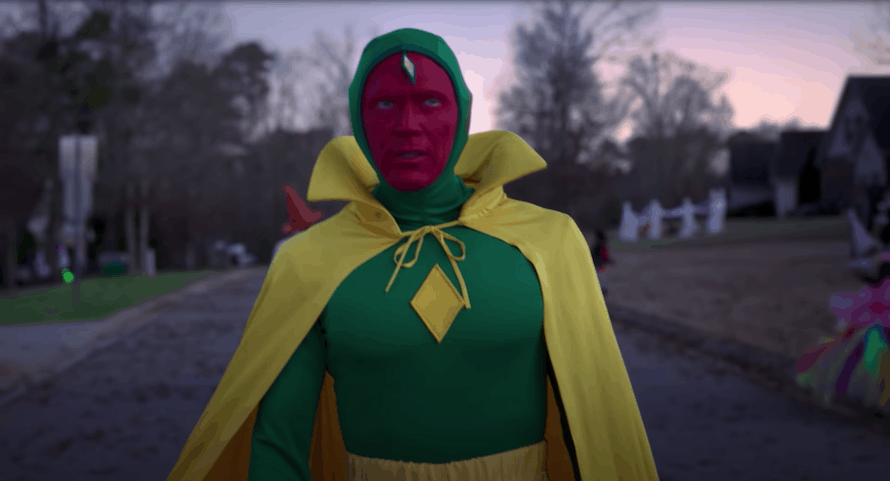 What did you think of Paul Bettany’s Vision costume? What else do you want to see from WandaVision? Let us know in the comments section!