With the news that the first look at Pirate of the Caribbean: Dead Men Tell No Tales being released later this evening, Disney have treated us to an earlier viewing of the first poster for the upcoming fifth installment of the franchise.

You can view the official poster below: 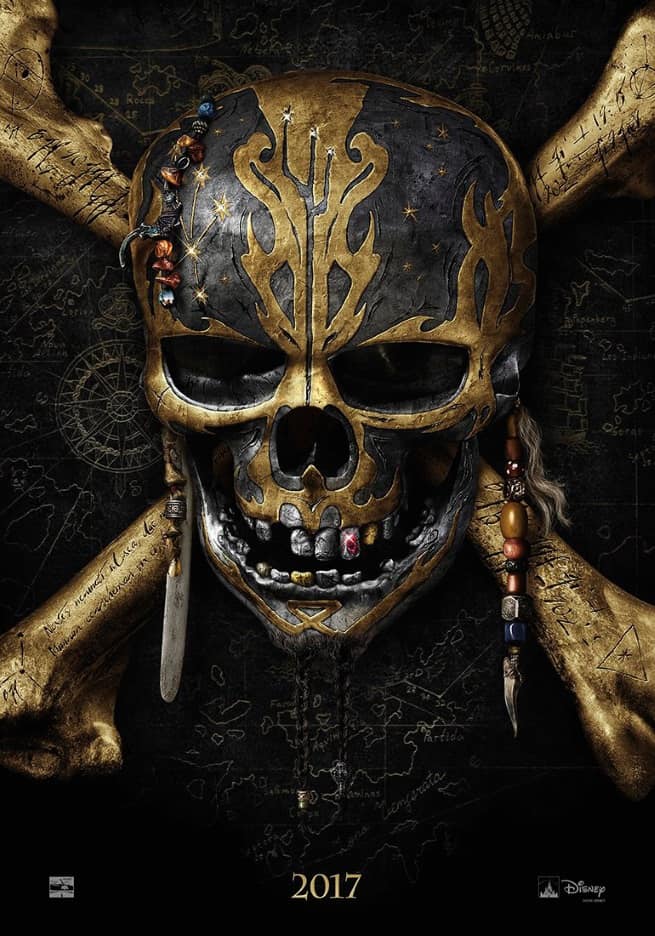 If you need a bit more than the new poster to get you excited, you can find the synopsis for the film below:

After many delayed release dates, Pirates of the Caribbean: Dead Men Tell No Tales is finally set to be released on May 26, 2017, starring Johnny Depp, Javier Bardem, Kaya Scodelario, Brenton Thwaites, Orlando Bloom, Geoffrey Rush and is directed by Espen Sandberg & Joachim Rønning.