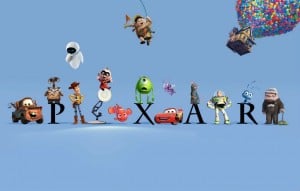 Forgive me for stating the obvious, but Pixar has a lot of really good films. In their storied career, it’s incredible how many times they’ve changed the landscape of cinema and animation, redefined our perception of what a film can become and blown us away with stories centered on superheroes, robots, monsters, cars, lost fish, cooking rats, discarded toys and old men in flying houses. It would be a honor to know a variety of these films are associated with your name, let alone all of them. And while some were easier to rank than others, I’ll confess upfront that there hasn’t been one I outright disliked yet. To be fair, there have been a few that have gotten close, and I’ll talk about those more in a bit, but Pixar has yet to leave me in a theater completely unsatisfied. Each of these films are special in their own right, even as the studio’s output is now a little more formulaic in its approach. And with today’s release of Finding Dory, their 17th original animated feature, it’s only appropriate to look back on every time they’ve gone to infinity and beyond.