“Taken” centers around two pivotal characters: Vixen and William. Over the summer, the CW’s online service, The Seed, debuted a six-part series starring Vixen, a magical vigilante with animal-based abilities. As for William, Oliver’s son, the “Previously on…” segment informs us that Oliver loves William more than anyone else (really?). This episode’s sole purpose seems to be convincing us of that fact, for a reason I’ll discuss later on. But aside from asserting William’s importance, this was a solid step forward in the fight against the seemingly unstoppable Damien Darhk.

The episode opens in a physical rehab facility, as Felicity tries walking for the first time with Curtis Holt’s leg-healing microchip. Later, in a dark parking garage (of course), she reveals that she wants to be able to walk on the wedding day. Damien approaches and informs him that he’s kidnapped William as blackmail to get him to drop out of the mayoral race. This forces Oliver to reveal to Felicity that William is his son, a major plot point from the previous episode when he decided to never tell Felicity he existed. That was a shocking decision, and the truth came out sooner than I’d expected, but it was handled well; William was on the verge of becoming a dangling, less-than-intriguing plot point in the series. 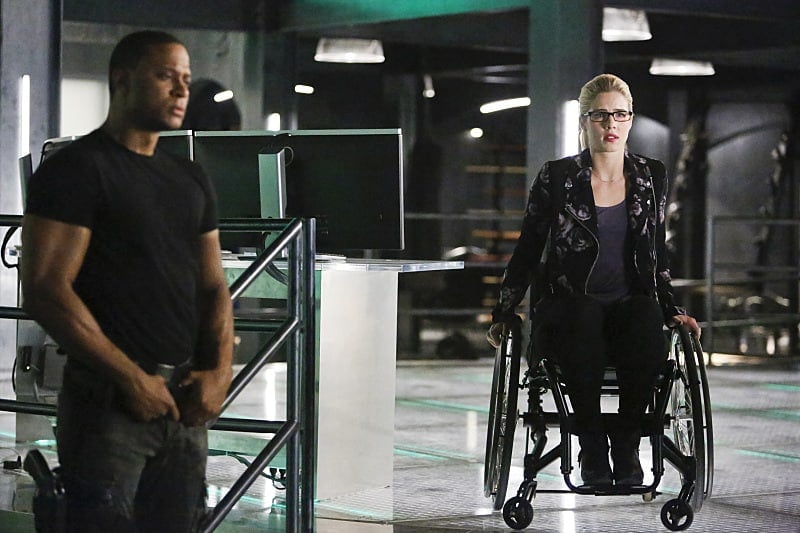 Oliver shares the news with the rest of Team Arrow, and they start working on a plan. Felicity suggests contacting Barry, the Flash, to see what he can do with the Central City Police. Yes, Barry knows about William, and this reminder could support the theory that William is the one in the grave in this season’s recurring grave scene flash-forward (one that I didn’t quite go with in my prediction for who’s in the grave), but the book seems to be closed on William by the end of the episode. Then he goes to his campaign office to meet with William’s mother, Samantha, and drops the increasingly less-shocking bombshell that he is the Green Arrow, and introduces her to the team. After revealing that John Constantine is quite literally in Hell, Oliver contacts magic-powered vigilante Mara McCabe, better known as Vixen. 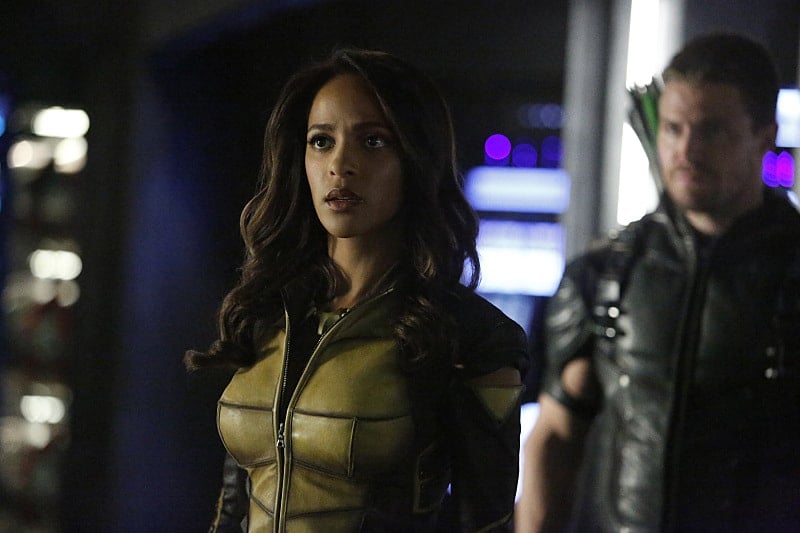 Diggle and Green Arrow stand over the city after following a lead from Vixen, and they continue the discussion of guilt and self-blame, recurring concepts in this episode. They also discuss the differences in Oliver and Diggle’s concepts of parenthood: Diggle notes that he sees his daughter every night and that he’d do anything to keep her safe, while Oliver, well, he’ll at least try to rescue his son from a kidnapping! That’s gotta count for something, right?

Samantha and Felicity then share a similar conversation at the Team Arrow HQ, where Samantha reminds Felicity that it was she, not Oliver, who asked to keep William a secret. Following the heart-to-heart trend, Laurel and Detective Lance discuss Oliver cheating on her with Samantha. Despite the extreme platonic-ness of their relationship at this point in this series, it still stings. Even though Laurel’s own sister cheated with Oliver. But I digress. 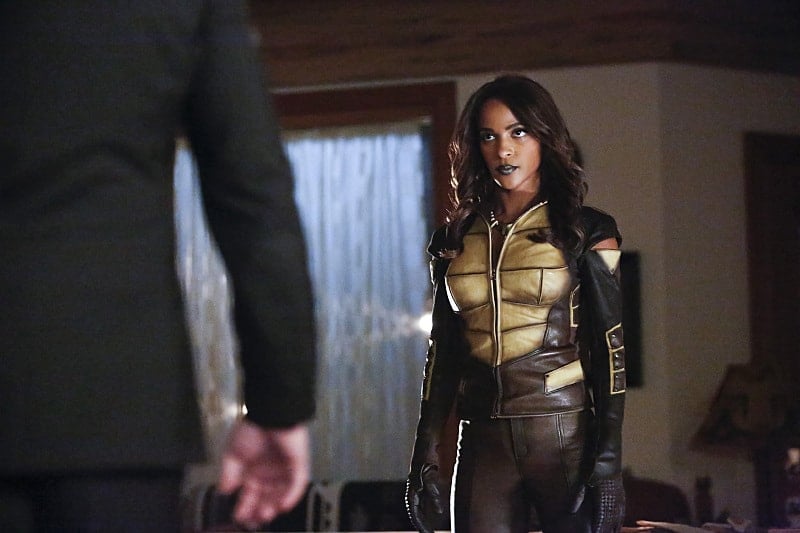 A computer click here, a light interrogation there, and Team Arrow finds out they know where William’s being held. Green Arrow has at ‘em in a cinematic ziplining sequence that appeared to be CGI and dynamic in a way I’ve never seen on the show before. He crashes through the window, and it’s a little farcical how Darhk is unable to recognize him, but I suppose the recent up-close encounter with Merly threw him off enough (it seems as if Darhk’s the last one to know the Green Arrow identity). Vixen saves the day momentarily, and it’s interesting to see an all-magical fight, even if it’s a quick one, take place on this show. Darhk makes a run for it, but not without dear, dear William. 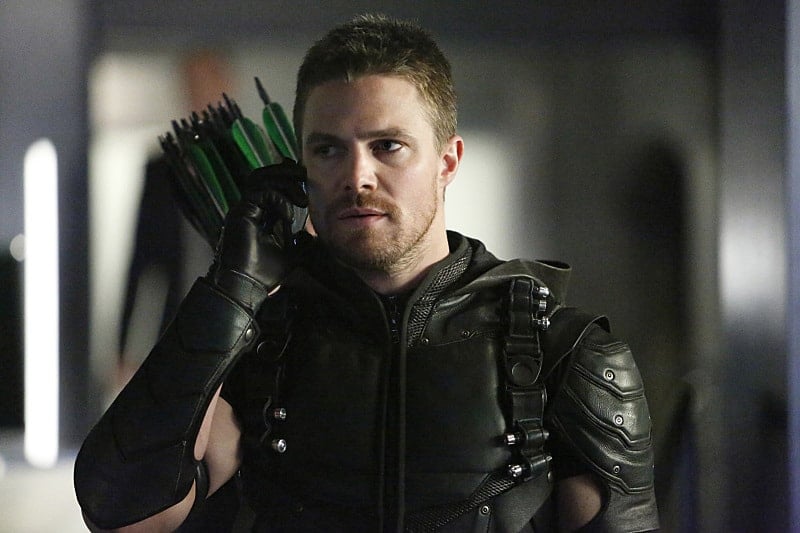 Darhk calls Oliver, informing him about his visit from Green Arrow and Vixen, and worsening the deal: he demands Oliver both drop out of the race and endorse his slimy wife as mayor. Oliver promptly does so, offering a weak, quick explanation to his shocked constituents. And poor Thea-loving Alex is out of a job. Oliver apologizes to heart-broken Alex for not having an explanation, and just as he walks out (presumably to the nearest frat party), Felicity wheels up, bringing up another lie: William. Oliver suggests to her that Diggle was right, that Oliver should’ve been closer with his son; finally, something Oliver should feel guilty about. 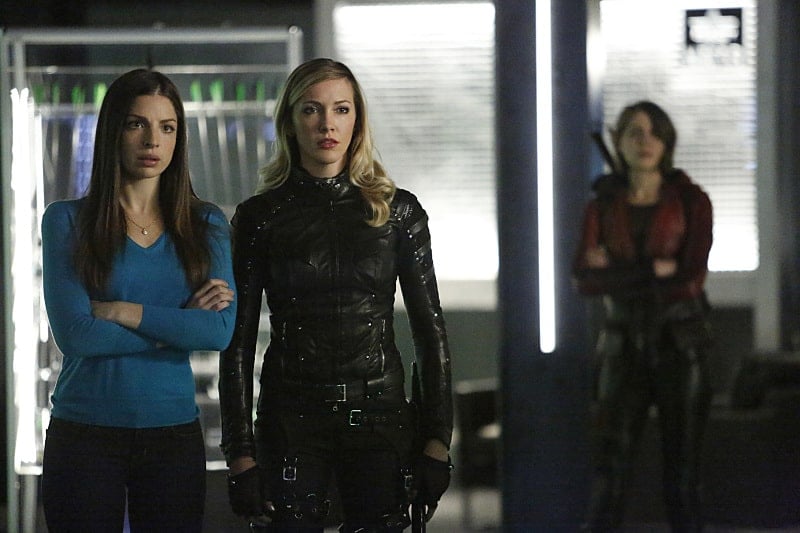 Vixen acquires a map to a mystical idol that works as “wifi for magic”, and they’re off to get it. Vixen and Oliver share a conversation in which Vixen reveals her entire backstory, but it’s a little too complicated for that sort of thing. She suggests Oliver’s “abandonment” of her son to pursue the Green Arrow life was a fair trade, an interesting thought in a series much about love and sacrifice. Oliver, enlightened, regroups with the team, and Samantha demands Oliver get William back and take out Darhk for good. 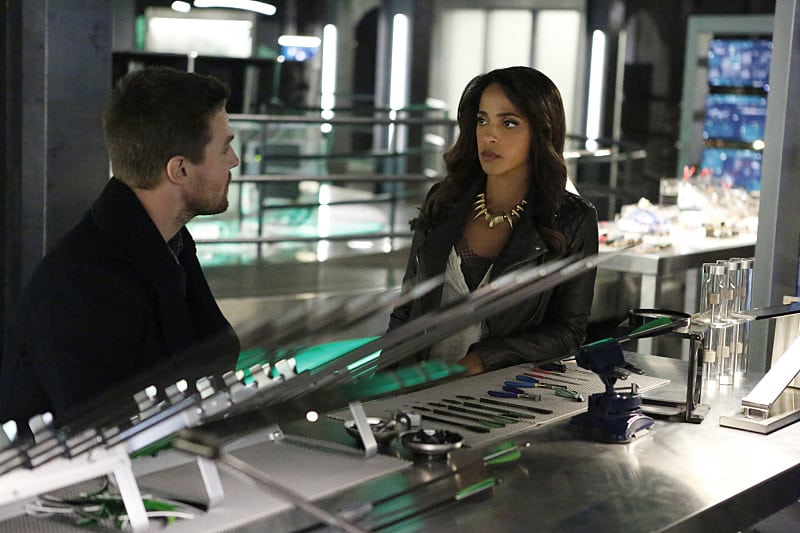 Vixen confronts Darhk again, and he warns her that he’ll put her totem, which powers her, to better use when she’s dead. Luckily, we know that ‘Vixen’ was recently renewed for a second season, so we know she’s safe. Vixen gets a hold of the totem while Darhk’s busy choking out Team Arrow, and de-magics him long enough for Oliver to take a swing. A former member of the League of Assassins, Damien Darhk is able to hold his own for a while, but his rustiness ultimately costs him, and Oliver takes him down. The police show up, and William wonders what the hell just happened. 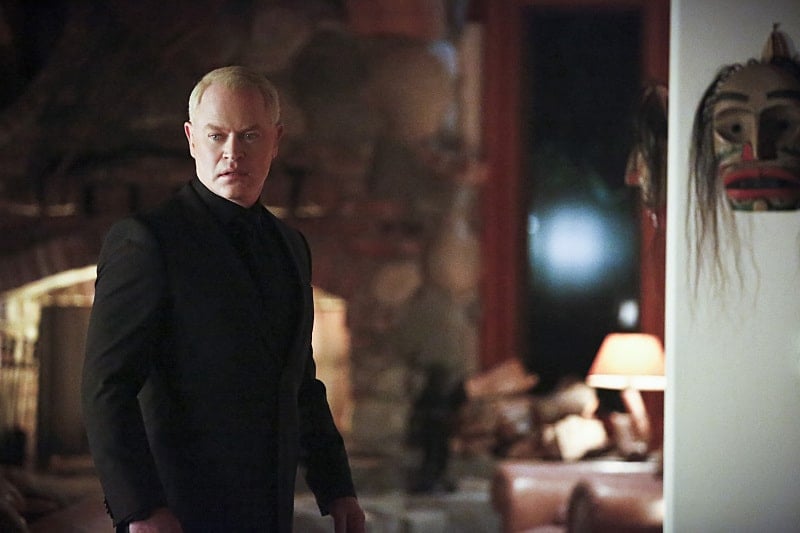 William, perfectly healthy, runs to Samantha, now stoked on Green Arrow instead of the Flash. Of  Oliver thanks Vixen, who leaves him with advice: sometimes when parents aren’t able to be there, it can be for the best. Thea confront Malcolm about leaking William’s whereabouts to Darhk, and she surprisingly doesn’t slap him around or throw him in the Team Arrow HQ’s jail. He tells her everything he does is for her protection, and that he’d rather her hate him and be alive, than love him and be dead. This leads me to believe that if Malcolm somehow betrays Darhk, Thea’s going to be in that flash-forward grave.

Oliver records a touching video for William about fatherhood over a montage of the various father-daughter pairs in the show, and reveals that he failed to be a father to William because he decided to become the Green Arrow. Not totally true, but, hey, what are you gonna do? Maybe college partier Oliver had planned to become a superhero one day all along. Anyway, Oliver reveals that he had told Samantha to move him far away, which she has. Felicity wheels in, and she removes her ring. She can’t do this. But thanks to ‘Arrow’ producer Marc Guggenheim’s Twitter account, I’m starting to think otherwise. She walks away, yes, walks away; Curtis Holt’s microchip worked terrifically.

Back in flashback land, Baron Reiter takes Oliver and Taiana, and they are ambushed by a pupil-less ex-comrade. He speaks to them in a mystic tongue, and withstands machine gun fire. Reiter points a gun at Oliver and forces him to confront the mean zombie man. The magical tattoo on Oliver’s side convinces zombie man that he is worthy, and he disappears. Confident in Oliver’s mystical connection, Reiter hands him a magical artifact, and gestures for him to enter a hole into the biggest cave in the universe. As always, I have no clue where these flashbacks are going, but here’s hoping it provides some cool insight into Damien Darhk’s power.

With Oliver out of the mayoral race, Felicity out of the engagement, and Damien Darhk on the loose, there are some dark days ahead in this season of ‘Arrow’. The show returns with “Broken Hearts” in March on Wednesdays at 8/7c on The CW.