A new poster for the animated DC film, Reign of the Supermen, assembles the four heroes who will fill the void left by Superman.

The fine people over at Warner Brothers Animation have released the official poster for their follow-up to the Death of Superman. The new promotional material showcases the Eradicator, Steel, Superboy and Cyborg Superman. These four individuals look to fill the gap left by the Man of Steel and bring their own idea of justice to the table. Tensions will be high after the attack from Doomsday and the world mourns for its fallen hero. In the aftermath of it all, these four superman wannabes will collide in what promises to be one epic film. You can check out the poster below. 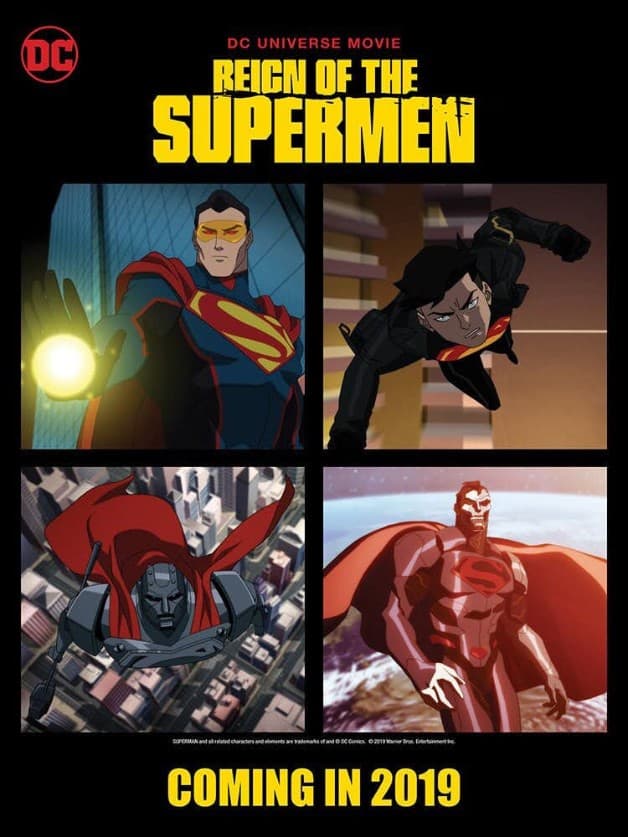 The film is based on the 1993 comic book storyline of the same name. After Clark Kent sacrifices himself to stop Doomsday, Lois Lane finds herself looking to see if one of these heroes is actually a reborn version of the man she loves. The people of Earth will have to see which one of these new heroes will be able to fill the void left by the Last Son of Krypton. Superman leaves behind some big shoes to fill. It will be interesting to see what will go down when these four worlds collide when Reign of the Supermen releases next year.

Reign of The Supermen is set to be released in 2019.