Where Tony Stark goes, the party follows, much like his superhero alter ego, Robert Downey, Jr., I mean Iron Man. Anyway, all three of them (along with hapless bodyguard Jon Favreau aka Happy Hogan) will appear in next summer’s Spider-Man: Homecoming, currently filming in New York, and now, thanks to an intrepid Redditor, we know a possible reason Stark is hanging around Queens with a certain web-slinger.

This set photo shows a poster promoting the 2018 Stark Expo, an event last seen in Iron Man 2 in ruins thanks to Russian Mickey Rourke and coked-up Sam Rockwell. The film made a big deal about how it was Tony resurrecting his father’s legacy, since the Expo hadn’t occurred since 1973, and it even holds a clue to curing his Arc reactor poisoning. The first expo was seen in 1942 under Tony’s father Howard Stark in Captain America: The First Avenger.

The 2018 date is telling. Marvel films typically occur in real-time (Vision said in Captain America: Civil War that eight years had passed in-universe between Tony’s unveiling as Iron Man and that film, the same amount of time between Iron Man and Civil War) which either means Tony is setting up the expo during Homecoming or the reboot is set chronologically slightly ahead of its July 2017 release.

We’ll find out what our Iron and Spider Men are up to when Homecoming hits theaters July 7 next year. 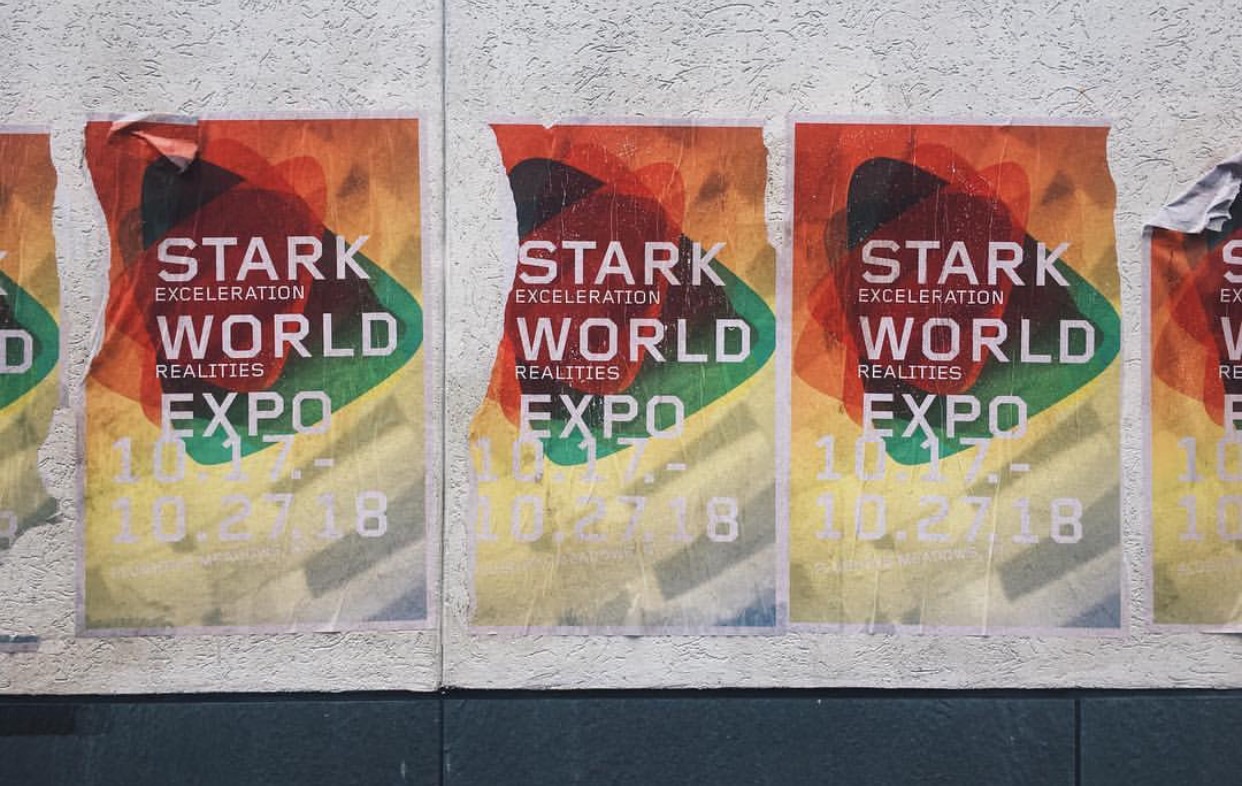