Rian Johnson has been hard at work on Star Wars: Episode VIII for four weeks now, which we know thanks to the director himself, who recently unveiled a new behind-the-scenes picture from the set of the movie on his personal Tumblr account. It’s awesome that we’re getting all these treats from the director, since that’s something that we didn’t have during the secretive production of The Force Awakens.

The image features Cinematographer Steve Yedlin standing in front of a ship, which could very well be the the Millennium Falcon. However, from this angle, it’s hard to tell whether or not that’s indeed the fan-favorite ship. Here’s the image: 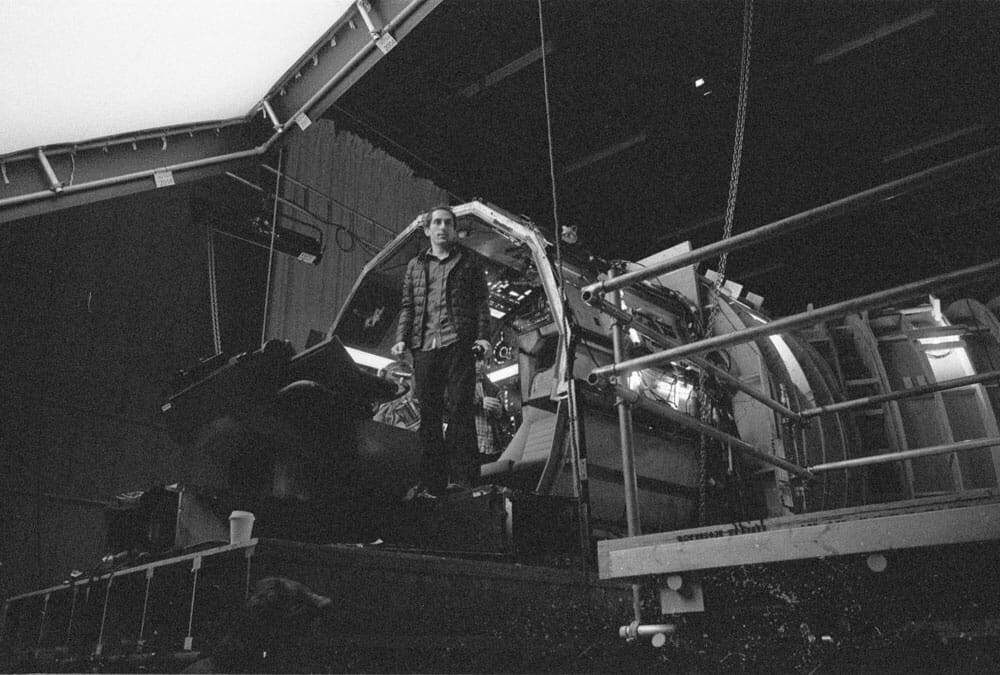 We also have an early look at one of the most anticipated special features from the Star Wars: The Force Awakens Blu-Ray. The clip gives us a preview of the table read that started it all, featuring a voice-over from director J.J. Abrams. Check it out below.

To find out more about what’s in the upcoming Blu-Ray release, click right here. What do you guys think? Will you pick up one? Let us know in the comment section below.

Star Wars: Episode VIII opens in theaters on December 15, 2017. Star Wars: The Force Awakens will be available on Blu-Ray/DVD on April 5th.