When it was first announced that Riri Williams, a 15-year-old black woman will be taking over the title of “Iron Man” from Tony Start after Civil War II, some fans had concerns over Marvel’s new progressive direction. Although they are a small minority, they are a vocal one. The other concern some fans had was the fact that the title is “Iron Man” and the character is going to be a woman. Was the title going to change to “Iron Woman” or another title signifying Riri’s gender? Now, it looks like we have an answer.

The most recent cover of the relaunched Invincible Iron Man #1 reveals the name of the new hero. Riri Williams will be known as “Ironheart.” 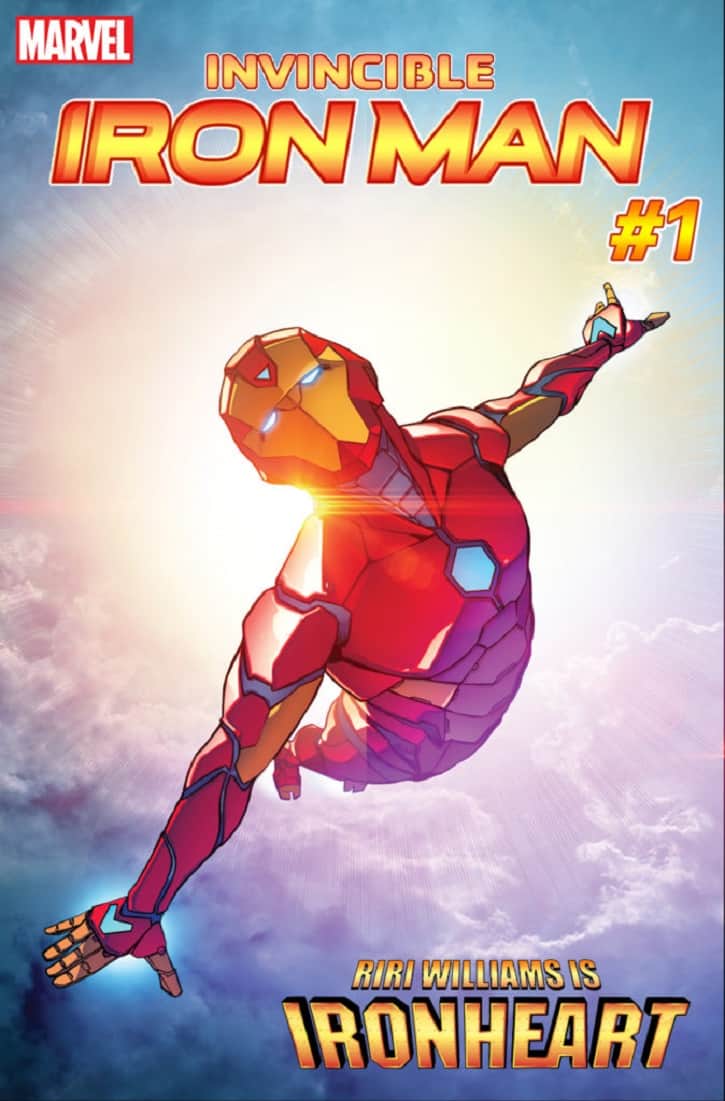 When asked for the reason of the name change writer Brian Michael Bendis confirmed that Marvel Chief Creative Officer, Joe Quesada, came up with the idea.

“Iron Woman seemed old fashioned to some, Iron Maiden looked like a legal nightmare. And Ironheart, coined by Joe Quesada, after I told him my planned story for Riri, speaks not only to the soul of the character but to the Iron Man franchise as a whole. Tony first put on the armor to save his heart. Riri puts it on for different reasons altogether but still heart-related. When people see her story, you’ll be amazed at how simple and brilliant Joe’s suggestion was.”

For those who think that Tony Stark will be going away completely, have no fear. He is very much still going to be a part of the world of Iron Man. Riri’s armor will have an AI system just like Tony Starks did. This AI will not be J.A.R.V.I.S, but very similar. Riri’s AI will be actually based on Tony Stark’s personality. Marvel Senior VP of Publishing Tom Brevoor adds:

“Regardless of where he might be physically, he’ll be soaring along with her spiritually.”