Skip to content
by Francisco Solano Olarte on February 24, 2019 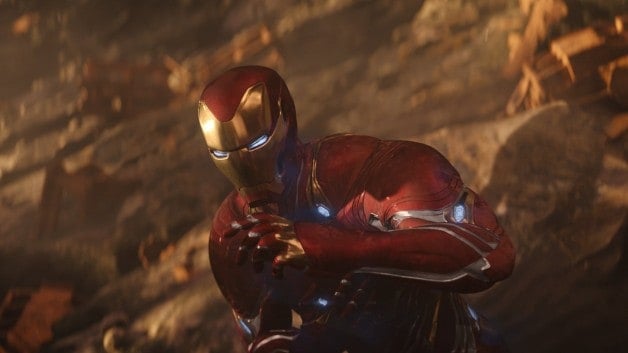 A new image showing Avengers: Endgame toys may suggest Robert Downey Jr’s Tony Stark will have a new weapon for Iron Man in the film.

Since Marvel Studios president Kevin Feige and directors Joe and Anthony Russo will not reveal any details involving the events in Avengers: Endgame, fans are solely relying on toys and behind the scenes images to get a notion of what the fate of the Avengers will be after the film. This time around, a new toy gives us a sneak peek of how Black Widow and Hawkeye will eventually look like in the film, but more importantly, we get a first look at what seems to be a new weapon for Robert Downey Jr’s Iron Man.

Check out what could be a new weapon for Robert Downey Jr in the post below!

Considering their contracts are up, there’s been a lot of speculation that Robert Downey Jr and Chris Evans will not reprise their roles as Iron Man and Captain America after Avengers: Endgame, which has led fans to believe they’ll see a big emotional send-off in the film. There’s still no news regarding Robert Downey Jr or Chris Evans returning for more Marvel movies as Kevin Feige revealed information on future projects won’t come before Avengers: Endgame and Spider-Man: Far From Home are released. This news was expected, but it nevertheless increases the speculation on what may happen to Robert Downey Jr’s Tony Stark or to Chris Evans’ Steve Rogers.

What could this toy tell us about Robert Downey Jr’s fate in Avengers: Endgame? Sound off in the comment section down below!

And the last Marvel Studios film of the year will be Spider-Man: Far From Home. Plot details are still under wraps, however, the web-crawlers next adventure will feature Peter Parker (Tom Holland) as he joins his friends on a summer vacation in Europe and stars Jake Gyllenhaal as Mysterio. Introduced in The Amazing Spider-Man #13, best incarnation of Mysterio is a special effects wizard named Quentin Beck and the character has been a frequent foe for the web-head since his debut.

Spider-Man: Far From Home is swinging into theaters on July 5, 2019.