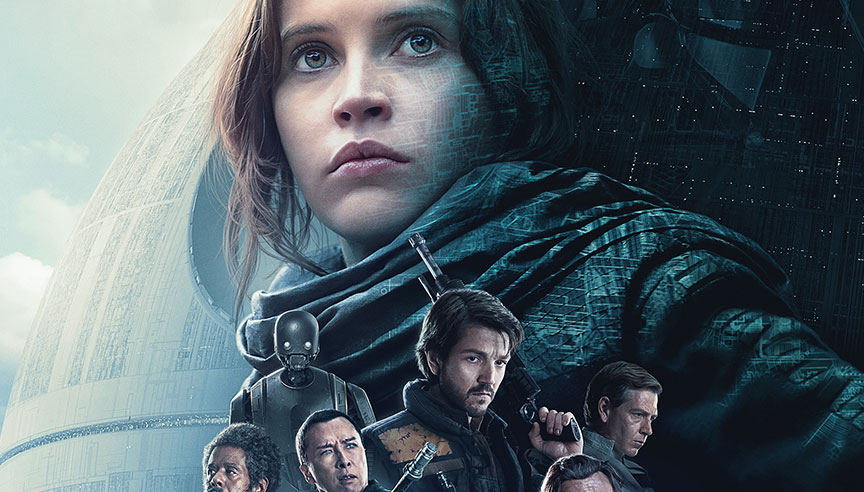 The Blu-ray release date for Rogue One: A Star Wars Story may have just been revealed. Originally the film was rumored to be arriving on Blu-ray in late March but now it seems the home release will come on April 4, thanks to a Best Buy listing discovered by Star Wars News Net. 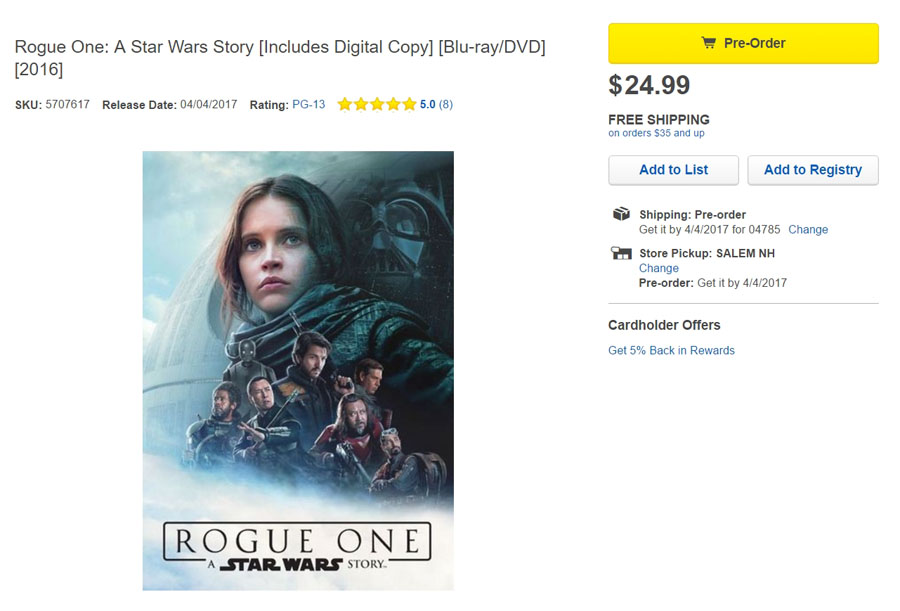 An April 4 Blu-ray release date for Rogue One release pits the Lucasfilm marketing machine exactly where it was last year as the release of Star Wars: The Force Awakens came on April 5, 2016. The Rogue One campaign kicked in two gear just two days later when the first teaser trailer for the film was released.

Considering a trailer is expected for Star Wars: The Last Jedi to drop during Star Wars Celebration on April 14, an April 4 home release for Rogue One gives the film a much better chance to breathe with its home release than The Force Awakens was afforded.

From Lucasfilm comes the first of the Star Wars standalone films, “Rogue One: A Star Wars Story,” an all-new epic adventure. In a time of conflict, a group of unlikely heroes band together on a mission to steal the plans to the Death Star, the Empire’s ultimate weapon of destruction. This key event in the Star Wars timeline brings together ordinary people who choose to do extraordinary things, and in doing so, become part of something greater than themselves. In theaters December 2016.

With the release now possibly falling on April 4, it’s likely the digital release will come just a week earlier on the March 28th, which was the original rumored release date.