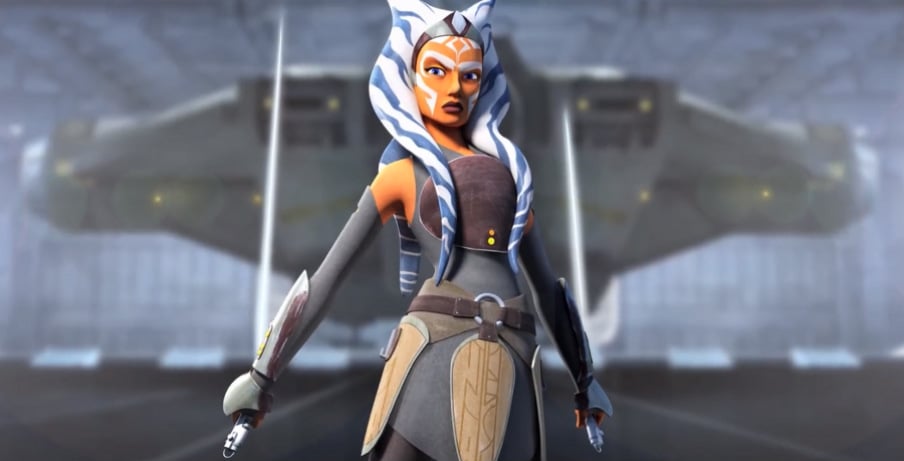 Marvel Netflix fan favorite Rosario Dawson is hoping the internet can help her land the role of Ahsoka Tano — the former Jedi Padawan of Anakin Skywalker — in a future Star Wars spin-off film.

While the fate of the former Jedi Padawan currently hangs in the balance, although we expect to see her appear sometime during the fourth and final season of Rebels, fans are confident that Ahsoka lives. Dawson’s name was thrown into the mix back in February when a fan on Twitter asked fan artist BossLogic to mock up a version of Ahsoka with Dawson’s likeness. Dawson herself jumped in and made it clear she would absolutely be down for the role.

The actress was a guest on Good Morning America today to promote her upcoming thriller Unforgettable when she brought up the online movement that is pushing for her to play Ahsoka:

“There’s a whole campaign going on online to try to get me in Star Wars to play Ahsoka Tano which would be amazing.”

After co-host, Michael Strahan brought up the fact that the official account for Star Wars follows her on Twitter she added:

You can check out the clip from Good Morning America below.

Hmmm… @starwars for @rosariodawson? YES! She talks about wanting to be in a future film.

While there are no official plans to bring Ahsoka into live-action at this time, fans can certainly appreciate Dawson’s enthusiasm. But what do you think? Would you like to see Dawson play a live-action version of the iconic heroine? Or would it be strange to see someone take on the role other than Eckstein, whose voice performance has no doubt played a major part in the character’s success. Let us know in the comments below.