An official poster showing Rosario Dawson as Ahsoka Tano in The Mandalorian has been revealed by Disney following her debut in the recent episode.

There was much speculation over whether or not Rosario Dawson would appear in The Mandalorian as Ahsoka Tano, and finally in the most recent episode fans were treated to a full adventure featuring the former-Jedi. Not only did Ahsoka help reveal Baby Yoda’s real name and his history, but she also teased the arrival of a bigger villain than Moff Gideon during the impressive fight towards the end of the episode.

But a new poster from the Disney Plus series reveals an official look at Rosario Dawson as Ahsoka Tano, although screenshots of the hero quickly surfaced online after the episode arrived on the streaming service. The Mandalorian poster shows off Ahsoka wearing her sleeveless outfit while she wields her two unique lightsabers. take a look at Rosario Dawson as Ahsoka below. 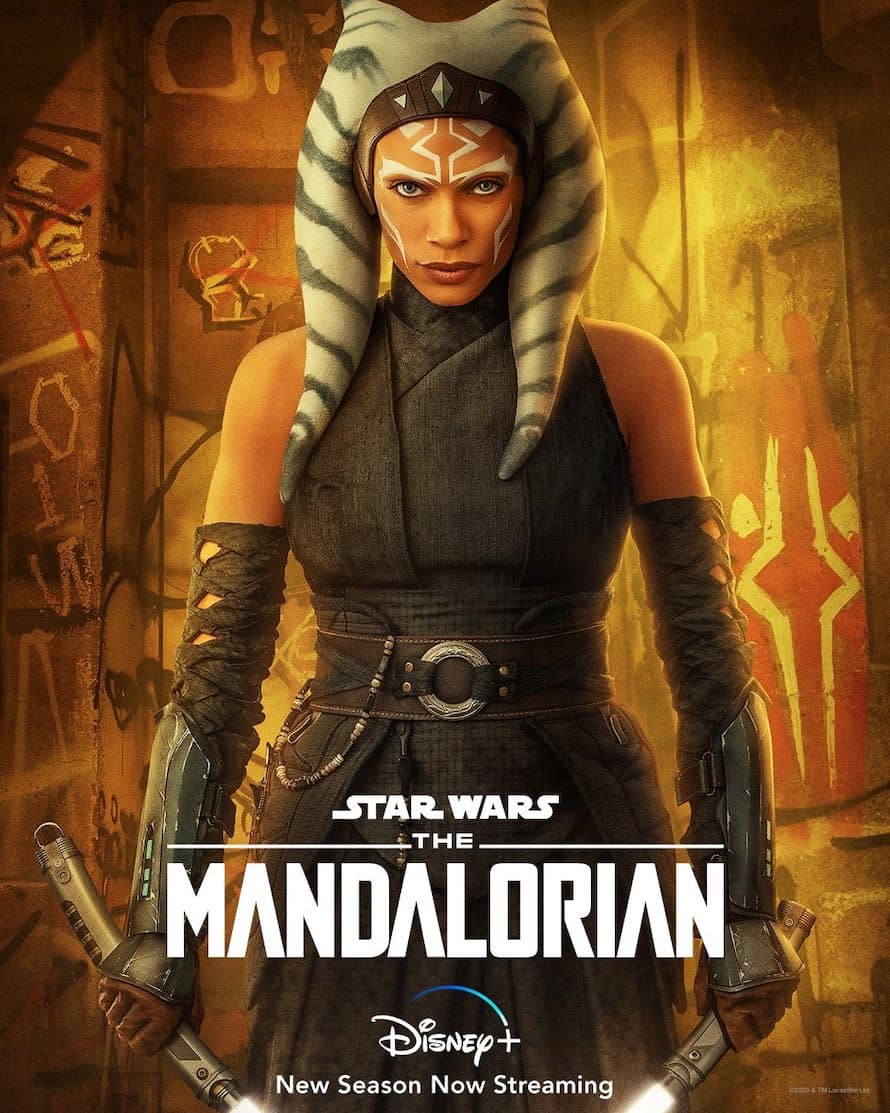 What did you think to Ahsoka Tano’s introduction in The Mandalorian? Did you like seeing Rosario Dawson in the role? What else do you want to see from the Disney Plus series? Sound-off in the comments below!

The Mandalorian season two episodes premiere every Friday on Disney Plus. Stay tuned for all the latest news regarding The Mandalorian, Ahsoka Tano and the future of the Star Wars franchise, and be sure to subscribe to Heroic Hollywood’s YouTube channel for more original video content.