The latest episode of The Mandalorian has finally revealed Rosario Dawson as Ahsoka Tano after Bo-Katan told Din Djarin where she was hiding.

After much speculation, fan theories and rumors, The Mandalorian has finally revealed Rosario Dawson as Ahsoka Tano in the Disney Plus series. Fans last saw the former Jedi Padawan at the end of Star Wars: The Clone Wars after surviving Order 66 along with Commander Rex as the pair crashed a Republic ship to escape being killed by the other clones. She also had a role to play in teaching Ezra Bridger the ways of the force during Star Wars: Rebels.

Disney Confirms Rosario Dawson As Ahsoka Tano In ‘The Mandalorian’

After the third episode of The Mandalorian brought Din Djarin together with Bo-Katan, the hero played by Katee Sackhoff pointed the bounty hunter towards the city of Calodan on the planet Corvus. The Mandalorian wasted no time in revealing Rosario Dawson in the role, as well as exploring some fascinating revelations regarding baby Yoda’s real identity. Fans also got a brief tease as to how Ahsoka will play into the universe going forward with a namedrop of a classic Star Wars villain, Grand Admiral Thrawn. Take a look at Ahsoka Tano in live-action below. 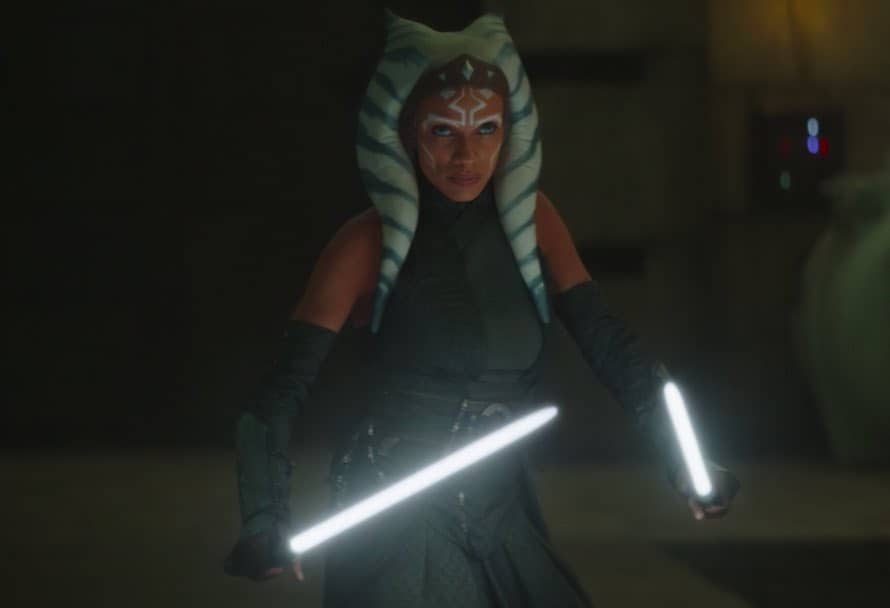 What did you make of Ahsoka Tano in The Mandalorian? Did you like Rosario Dawson in the role? Are you enjoying season two? Sound-off in the comments below!

Sasha Banks’ Role In ‘The Mandalorian’ Revealed In Latest Episode

The Mandalorian season two episodes premiere every Friday on Disney Plus. Stay tuned for all the latest news regarding Rosario Dawson, Ahsoka Tano and the future of the Star Wars franchise, and be sure to subscribe to Heroic Hollywood’s YouTube channel for more original video content.