Sasha Banks’ mysterious role in The Mandalorian season two has finally been revealed thanks to the latest episode of the Disney Plus series.

After much speculation about who Sasha Banks is playing The Mandalorian season two, fans finally have their answer. Many initially assumed she might’ve been playing Ahsoka Tano or even an Imperial Inquisitor due to the black hooded robe she was seen wearing in the trailer for the second season. But the most recent episode revealed that she’s playing Koska Reeves, one of the Mandalorians working with Bo-Katan on the moon of Trask.

Although Sasha Banks’ character isn’t referred to by name in the episode, the subtitles reveal her name as Koska Reeves rather than something like ‘Mandalorian #2’. She’s shown wearing a slick dark blue set of armor while working alongside the live-action version of legendary Star Wars: The Clone Wars character Bo-Katan, played by Katee Sackhoff. The squad of Mandalorians raid an Imperial cargo shuttle as Bo-Katan searches for the Darksaber’s whereabouts. Take a look at Sasha Banks in the Disney Plus series below. 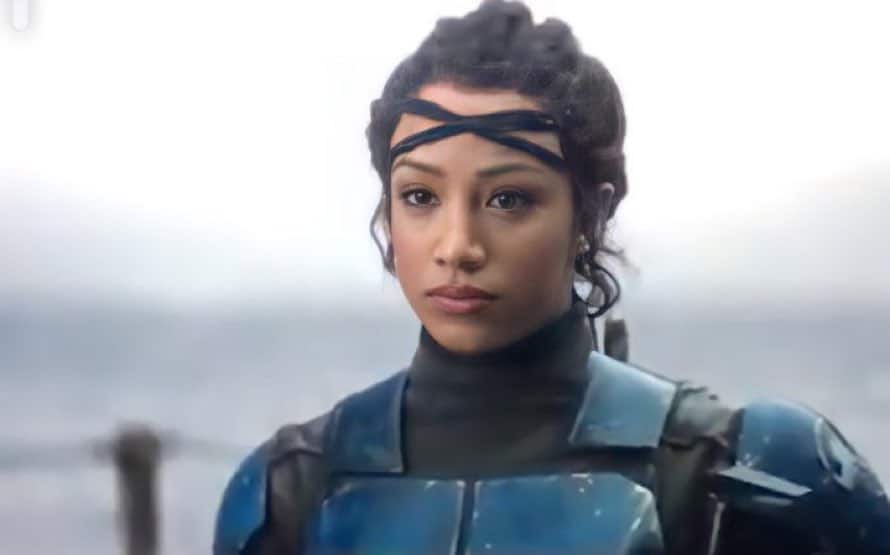 Are you surprised at Sasha Banks’ character in The Mandalorian? Do you want to see more from Bo-Katan and the rest of her Clan? What did you think of the episode? Sound-off in the comments below!

The Mandalorian season two episodes premiere every Friday on Disney Plus. Stay tuned for all the latest news regarding Sasha Banks’ role in the series and the future of the Star Wars franchise, and be sure to subscribe to Heroic Hollywood’s YouTube channel for more original video content.