Scarlett Johansson’s Natasha Romanoff faces off against Taskmaster in a surprising new image from Black Widow.

With the release of Marvel’s Black Widow inching ever closer, a new image from the film pits Scarlett Johansson against Taskmaster. The new shot sees Natasha Romanoff looking confused when facing the villain, perhaps suggesting that his mask is down or he’s caught her off-guard. Since she’s not in her usual tactical battle suit, it’s likely that she wasn’t ready to fight the villain. Promo art for Black Widow surfaced back in July which teased the hero has some “unfinished business”, which could tie into her mysterious relationship with Taskmaster.

The new image arrive in the latest issue of Empire Magazine, picturing the two mid-fight. We don’t get a full look at Taskmaster, so it’s possible his face might be revealed in another shot. When speaking to the publication, Scarlett Johansson also explained that the film is reflective of the Time’s Up movement and the Me Too movement, before highlighting how Black Widow is about women lifting other women up. It’s setting up to be a very empowering movie, and Johansson also pointed out that Natasha is obviously a feminist. The film will also see the Black Widow baton passed over to Florence Pugh’s Yelena Belova, but it’s not yet clear what her role will be going forward in the Marvel Cinematic Universe.

“I think this film in particular is very much reflective of what’s going on in regards to the Time’s Up movement and the #MeToo movement. It would be such a miss if we didn’t address that stuff, if this film didn’t take that head-on. I think, particularly for Cate, it was so important for her to make a movie about women who are helping other women, who lift other women up out of a very difficulty situation. Someone asked me if Natasha was a feminist. Of course she is, it’s obvious. It’s kinda an asinine question.”

Take a look at the new image below. 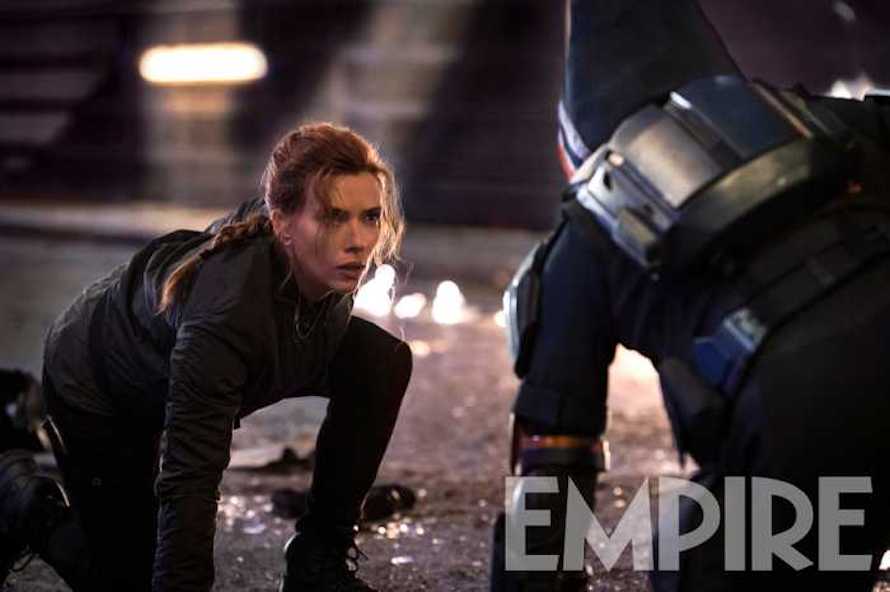 What do you think of the new image from Black Widow? Are you excited to see Scarlett Johansson’s Natasha Romanoff go up against Taskmaster? Sound-off in the comments below!

Here is the official synopsis for the upcoming Marvel film:

Black Widow is set to be released on November 6, 2020. Stay tuned for all the latest news regarding Black Widow and be sure to subscribe to Heroic Hollywood’s YouTube channel for more video content!