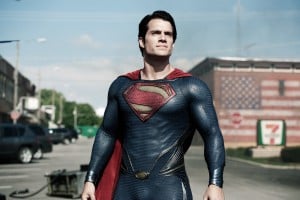 We’ve all had our fair share of playground fights about the best superhero ever. Some claim it’s Batman. Some think it’s Spiderman. Some say it’s Wonder Woman. But apparently, science has thrown down the gauntlet. According to a new study performed by the University of Leicester, Superman is, in fact, the best superhero of them all. Snooze you lose, Iron Man.

The recently-published study, conducted by a group of university students over the course of seven years, was announced on June 12, which is apparently Superman Day. The test was done to “use scientific principles to examine the feasibility of the powers behind renowned comic book superheroes.” And in their mountains of research, they found Superman to be the “best-equipped” of the bunch, with a “number of abilities” including “the ‘Super Flare’ attack” and “possession of high density muscle tissue” in the Man of Steel’s favor. Somebody break the news to Thor gently.

Before fans get upset, the researchers want to make it clear that they only looked at 12 different heroes from both DC and Marvel, based on various power levels and popularity. Those included Mystique, Black Bolt, Silver Surfer, The Flash, Wolverine, The Lizard, Iceman and the aforementioned Thor, Batman, Spider-Man, Iron Man and Superman. Apparently Wolverine and Thor were close, considering them “upper tier” heroes alongside Mystique, while Black Bolt was viewed as “the single most destructive superhero based on a high energy output capable of resulting in planetary annihilation.”

Additionally, it should be noted that the team did their best to calculate the feasibility and practicability of every hero’s skill set, while also weighing their weaknesses against their strengths. And though the Son of Odin didn’t end up on top, he should be happy to know they couldn’t find any of his weaknesses. So at least he has that going for him. I guess his ego won’t be bruised too much. Black Bolt and Silver Surfer also, curiously, didn’t have any weaknesses. Although, isn’t the strength of one superhero defined by their weaknesses? I like to believe that’s the case, and science seems to agree with me on this one, for once.

Also, here’s something that might ruffle a few more feathers: not only is Batman not considered the best, he’s called “the most ill-equipped superhero” that they researched, noting how he “would struggle to survive a landing after gliding due to the velocity of his movements.” Ouch. C’mon guys, he’s already been through a lot. No need to get mean. Plus, have you seen Batman v Superman: Dawn of Justice?

As noted by MovieWeb, Thanos and Galactus are noticeably left out, although they’re more supervillains than superheroes. Also, it looks like this study started before Doctor Strange and Deadpool could really enter the race. Oh well. Science is a little busy to catch on the latest movies. It has to wait until they hit Redbox, at the very least. In any case, what do you guys have to say? Who should science reconsider in their rematch? Do you believe Superman is, indeed, the greatest of them all?