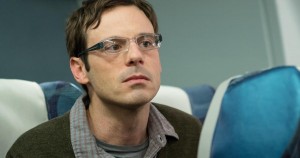 The casting for FX’s chilling new season of Fargo is warming up. The North Dakota-based anthology series returns sometime next year for its third season, and the ensemble is coming together handsomely. Ewan McGregor joined months ago for a dual role, Carrie Coon (HBO’s The Leftovers) entered not long after and Mary Elizabeth Winstead signed on just last week. Now, Scoot McNairy (AMC’s Hail and Catch Fire) will also make his way to the snowy plains.

TV Line got the scoop, but they won’t disclose his recurring character. Perhaps he’ll play a role similar to Rory Culkin in season two? Or maybe he won’t play a factor until late in the season. In any case, time will let us know which character McNairy plays in Noah Hawley’s acclaimed drama series.

Production is scheduled to begin later this year, and it’ll likely premiere around this time next year. In the meantime, Hawley is working overtime for FX. He’s also the creator and showrunner for their upcoming Marvel adaptation Legion, which will hit the station next year as well. Although the writer-director knows how to keep himself busy these days, his duties to both shows shouldn’t be compromised. He’s one of the most astounding talents in television today. His work ethic should be envied and later studied.

McNairy can currently be seen in the third season of Hail and Catch Fire, which began in late August. He also played a key part in Batman v Superman: Dawn of Justice earlier this year. Later, he’ll be seen in Sleepless, War Machine, 478 and The Legacy of a Whitetail Deer Hunter. He’s also set to star in Netflix’s limited series Godless, as if he doesn’t have enough shows on his plate at this point.