New stills from Shang-Chi and the Legend of the Ten Rings show Simu Liu’s Marvel hero in action.

The Marvel Cinematic Universe is set to debut its first Asian-American hero next month with Shang-Chi. Played by Kim’s Convenience breakout Simu Liu, Shang-Chi and the Legend of the Ten Rings is the first of many Marvel projects that will highlight the wide-spanning Asian-American identity. The latest cover issue of Empire features two new stills from the film showing off Liu in action. The first photo sees the character in a hero pose with a fighting stick, and the other sees him hanging from the side of a light rail transit cart as a baddie tries to hurt him with a sword.

You can check out the new Shang-Chi images below. 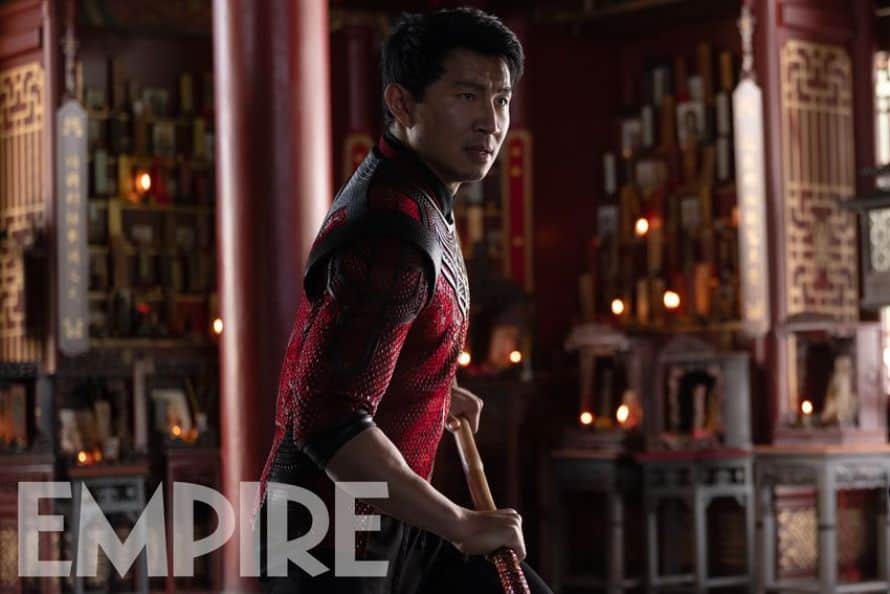 One of the reasons why the Simu Liu film is so long-awaited is because it’s the first film in the Marvel franchise that focuses on an Asian-American hero and his struggle to fit in. With diversity becoming a growing hot topic in Hollywood, especially in big franchises, Marvel Studios President Kevin Feige opened up to Empire about why Shang-Chi was the studio’s new hero to focus on.

“I remember seeing a viral video when the Black Panther poster first came out. It was some young men in a movie theatre overwhelmed with excitement at seeing the poster, and it was moving because people were excited about the movie we were making… But it was also a harsh realization that they were reacting that way because they had not seen it before. So Panther really coalesced the notion of, ‘Everybody deserves to see themselves portrayed in these larger-than-life ways.’”

Are you excited to see Simu Liu as Shang-Chi? Comment below and let us know!

‘What If…?’: Clark Gregg To Return As Phil Coulson In New MCU Series

Here is the synopsis for Shang-Chi and The Legend of The Ten Rings:

“Simu Liu stars as Shang-Chi in Marvel Studios’ Shang-Chi and The Legend of The Ten Rings. Shang-Chi must confront the past he thought he left behind when he is drawn into the web of the mysterious Ten Rings organization.”

Directed by Destin Daniel Cretton from a script written by David Callaham, the Marvel film stars Simu Liu, Awkwafina, Tony Leung, Ronny Chieng, and Dallas Liu. The upcoming film will hit theaters on September 3, 2021. Keep it locked for all the latest news on the future of the Marvel Cinematic Universe, and be sure to subscribe to Heroic Hollywood’s YouTube channel for more exclusive video content!