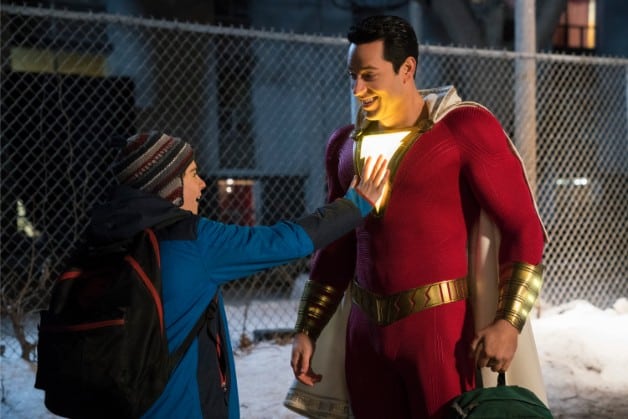 Monogram International unveiled new Shazam! merchandise that reveals the costumes for the “Marvel Family” and two of the Seven Deadly Sins.

Warner Bros. and DC’s Shazam! is set to hit theaters in roughly two months and audiences are curious to see if the eponymous hero’s famous “Marvel Family” will have a substantial role in the film. Now, new Monogram figures offer fans a glimpse at what the Shazam Family costumes could look like while also revealing two of the Seven Deadly Sins.

You can check out the figures in the post below!

In the comics, the Shazam Family consists of Mary, Freddy, Pedro, Eugene, and Darla, who have also been granted the ability to become superheroes. Meanwhile, the Seven Deadly Sins are powerful demons who can take control of humans and superheroes.