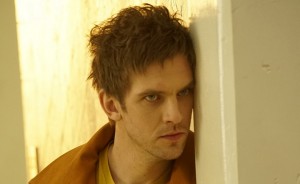 Fargo is one of the best shows on television. Rich, darkly funny, poignant and beautifully shot, acted and written, it solidified novelist-turned-show creator Noah Hawley into a bonafide television powerhouse. When he also became the showrunner for FX’s upcoming X-Men-inspired TV series Legion, nobody complained.

The Comic-Con trailer was exceptionally promising, and Bryan Singer’s recent comments,  suggesting it’s entangled within the X-Men cinematic universe, promised some exciting potential. While we still have some ways to go until its early 2017 premiere, Hawley is building up more excitement. He revealed his Legion approach will be very similar to the one he brings to his award-winning Fargo.

Speaking with IGN, Hawley talk about his similar approach, and how he’ll provide the attention to character, atmosphere and sense of place he brought to the Coen brothers-inspired series to this superhero-based property.

I look at the challenge with Legion as the same challenge, which was here’s this iconic world – the Marvel world, the comics, and the X-Men world. And as with Fargo, my job was not to remake the movie, to sort of retell a story that had already been told, but to try to tell a different story with the same effect, the same impact. So, you know what was important to me was to treat the material with the utmost respect, and yet at a certain point as a writer, you have to tell your own story. So my approach to the Legion material is similar, which is it’s about a respect for the world, but it’s not about telling stories in that world that the reader is familiar with. It’s about taking that character and really exploring, almost on an existential level, what it’s like… What a television show can do that a movie can’t do is it’s not just a plot delivery device. It’s not about action, it’s about character and theme and as we see in Fargo, you can really play with structure and you can deconstruct the story in a big way. Whereas in a two-hour movie, it’s “What’s the problem? Where’s the bad guy? Let’s go get him!”

He also wanted to make the genre project more “personal” and “interesting” to the writer/director. He brought some real-world consequences and  and therefore make the world even more surreal and unusual than it is already.

So, I would be remiss, I feel like, if I didn’t deconstruct this, if I didn’t really try to do something for the genre that feels personal and interesting to me and to really explore if you have a character who for his whole life has believed that he’s schizophrenic, and is now starting to think that he may have these powers, but he doesn’t know and he doesn’t know what’s real — well, that’s the experience the audience should have. To be put into his world is to enter something that’s by definition surreal, because he’s hearing things, he’s seeing things… Are these things real or not real? What can you trust that you’re seeing? And he’s stuck in this moment until he meets a girl and he falls in love and now he’s got something to hope for and that’s the catalyst that pushes everything forward. And, you know, I can never predict the reaction to the work. With Fargo, I could have done my best work and the reaction could have been the complete opposite. I have no control over that, all I can do is tell the best story that I can tell.

Hawley also talked about his introduction to the material, which started with flirting before it got serious.

It’s all new to me, and everyone has gotten along so well that I’m not really familiar with what the underlying issues were. But I think that what’s been very rewarding for me is that because everyone has come together because they are passionate about the material and so if there is a prior conflict, I don’t know about them. I just find that everyone is together and they’re very excited about what we’re doing. And Simon [Kinberg] and I have spent a lot of time together. Very early on when I first was flirting with the idea of doing this, I just called Simon because when you can talk to another writer that’s usually the better way to go. And he and I had a few phone calls early on where I said, “For the fun of it, let’s just start brainstorming.” I had a sense of what I wanted to do, and I wanted to get his input because obviously he’s on many levels the creative brain that’s defining what the movies are and what this world is. So, in an abstract way, it began to be clear to me what the show wanted to be, and it’s great to have that sounding board and then to have Marvel as well as a resource. There’s obviously a rich history to this world and these characters, and they have a business model that works very well for them.

Hawley also said Legion has its own visual aesthetic, although it has a mid-’60s British design to its general style. He also said the show has its own “internal logic,” making a story that’s “kind of out of time and out of place.” Hawley later called his lead actor Dan Stevens “really accessible,” saying he’s “transparent in the best way to an audience” and capable of expressing a lot internally and physically.

Once again, I will follow Hawley unless he steers me wrong. Even if that happens, I’ll still give him a second or third chance. In any case, Legion is shaping up to become pretty wonderful, so I’m not concerned in the slightest. There’s no date set for its premiere, but an announcement should come soon.