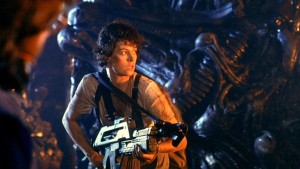 Ridley Scott is currently hard-at-work filming his Prometheus follow-up, Alien: Covenant, so it might be a little while before we see Neill Blomkamp’s promised sequel, if we see it at all. And while it’s unclear if that film will actually come into existence, Sigourney Weaver is certainly interested in reuniting with her Chappie director on the sci-fi continuation. Among other reasons, one of the biggest draws for the actress is knowing it’ll give a sense of closure to her most beloved on-screen character.

Here’s what Weaver told EW about the potential film:

It’s a great story and it’s satisfying to me to give this woman an ending… The script itself has so much in it that’s so original, but also really satisfies the, I would say, the primal needs of the aliens. It’s a tribute to all of the great work that the other directors have done, in a way, but goes in a completely new direction. I hope we’ll do it.

According to the actress, Blomkamp’s take would be a direct sequel to James Cameron’s Aliens, and it would act as if Alien 3 and Alien: Resurrection (neither of which I hated, to be honest) didn’t exist. Although the actress and filmmaker are eager to make it, the recent pause on the project from Fox might ultimately jeopardize the sequel’s chances of survival, especially based on the very busy schedules for those involved.

Fox asked us to delay so Ridley could shoot his [second] Prometheus movie. That was too bad, because we would have already done it by now. Now that we’re waiting for that, I have a couple of Avatars to do and Neill has The Gone World, so we’ll have to see what happens when we get back, when those projects are over.

Weaver is referring to Blomkamp’s upcoming adaptation of Thomas Sweterlitsch’s sci-fi novel of the same name, which the District 9 director picked up when his Alien sequel got delayed. There’s no set date for that film’s production, but it’ll likely happen before his sci-fi sequel ever gets picked up again. While it’s great to know Blomkamp’s career hasn’t been damaged too much after Chappie‘s failure, especially since I didn’t think Elysium was actually that bad and showed the visionary filmmaker still has a lot of promise, it’s hard to say for sure if he’ll get a chance to play in the Alien playground. The concept art looked great, at least, and it’ll certainly be an interesting addition to the series, which is more than some can say for Prometheus, I suppose.

In the meantime, Weaver will be at Comic-Con next Saturday with Cameron, Michael Bien and more to discuss the 30th anniversary of Aliens.