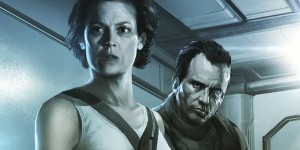 Ever since the announcement of Ridley Scott’s Prometheus sequel – Alien Covenant, rumors had swirled that Neil Blomkamp’s eagerly anticipated continuation of 1986’s Aliens had been put on the back burner at Twentieth Century Fox.

Unfortunately, those rumors were confirmed by Ellen Ripley herself, Sigourney Weaver at Spain’s San Sebastian Movie Festival. Weaver is currently in Europe to collect the Lifetime Achievement Award at the festival and when asked about progress on the Blomkamp sequel, proceeded to dent the hopes of Alien fans around the globe:

“He has got work to do and I have things going on. I hope we get to do it…It’s one of those things we wanted to do this past year, but I think Ridley [Scott] didn’t want them all coming out at the same time.”

It had been widely speculated that it Scott himself that forced the delay on Blomkamp’s send off for Ripley. Reports suggested that the series creator didn’t want two entirely different entries in the franchise going head to head. Whether or not this project will now see the light of day is up for debate, but Blomkamp is keeping himself busy in the meantime on an unannounced project.

Ben Holliday is a features writer and film critic for Heroic Hollywood,What Culture, Den of Geek and The London Economic. As a concept and comic...