Paramount Pictures has unveiled a brand new poster for its live-action Sonic the Hedgehog movie.

Earlier today, Paramount Pictures offered fans a first look at its upcoming live-action Sonic the Hedgehog movie with a trailer that finally revealed the titular character and Jim Carrey’s villainous Dr. Robotnik. Now, Sonic fans can get another look at the hedgehog in a cool new poster that shows him racing into action.

You can check out the Sonic the Hedgehog poster below. 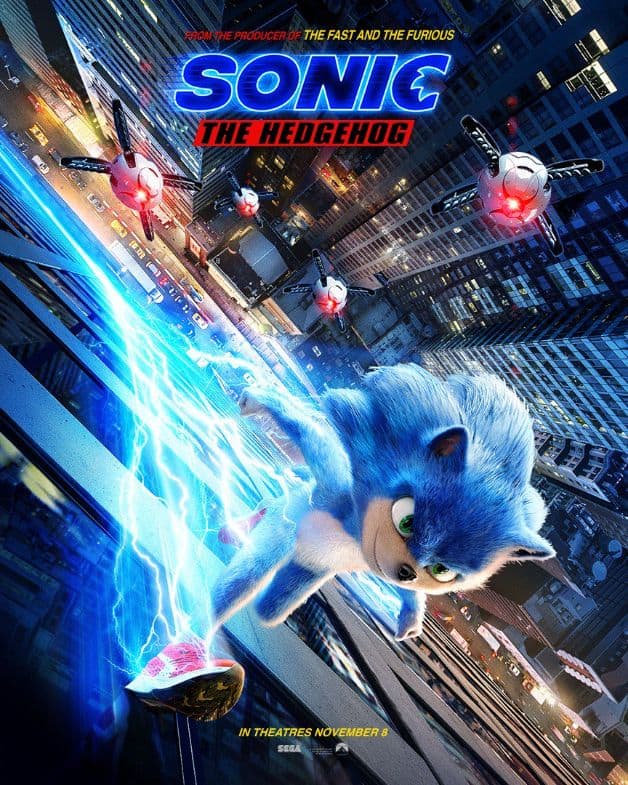 The Sonic the Hedgehog film will follow Small-town sheriff Tom Wachowski and the titular character as they embark on a road trip to San Francisco in a race to recover the blue hedgehog’s rings before the villainous Dr. Robotnik. Westworld actor James Marsden stars in the film along with Ben Schwartz who provides the voice for the film’s Sonic.

What do you think? Are you excited for the live-action Sonic the Hedgehog movie? Sound-off your thoughts in the comments!

Here is the official synopsis for Sonic the Hedgehog:

SONIC THE HEDGEHOG is a live-action adventure comedy based on the global blockbuster videogame franchise from Sega that centers on the infamously brash bright blue hedgehog. The film follows the (mis)adventures of Sonic as he navigates the complexities of life on Earth with his newfound – human – best friend Tom Wachowski (James Marsden). Sonic and Tom join forces to try and stop the villainous Dr. Robotnik (Jim Carrey) from capturing Sonic and using his immense powers for world domination. The film also stars Tika Sumpter and Ben Schwartz as the voice of Sonic.

Sonic the Hedgehog is scheduled to be released in theaters on November 8, 2019.