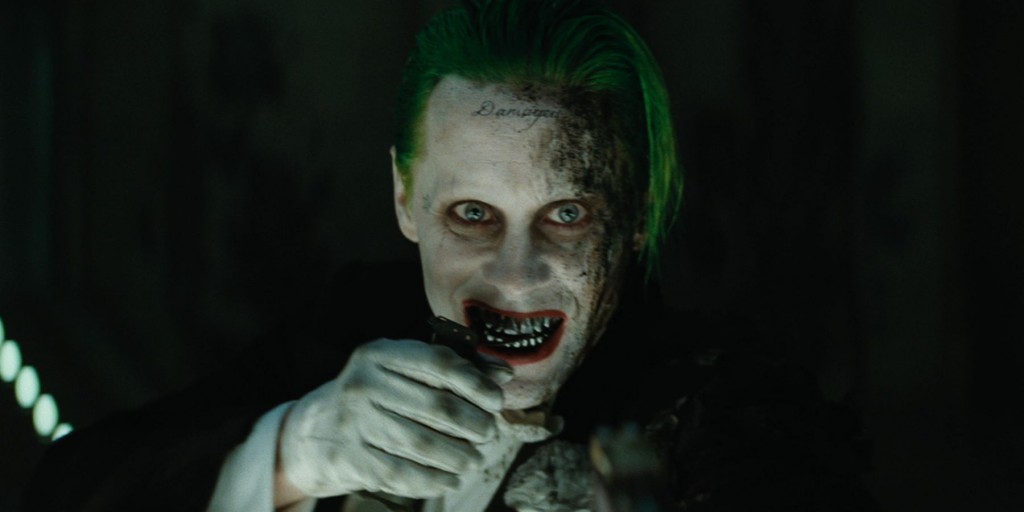 Despite negative critical reviews, Suicide Squad is on track to obliterate the box office record for the biggest opening weekend in August (the previous holder being Marvel’s Guardians of the Galaxy). Overall, the film felt like there were a lot of scenes that were left on the cutting room floor. For one, as someone who revisited the film’s trailers religiously in anticipation for its release, I was surprised to see a couple moments from them that didn’t make the final cut. For example, the Joker’s “Bye bye!” snippet was not featured in the film.

The film reportedly test screened a few months back, and there apparently were two different versions that were screened. To add another intriguing aspect to this situation, a Reddit user shared a list of deleted scenes from the film that showcase a darker tone than the finished product. Now, it must be emphasized that this list of deleted scenes is not official, and further discussion on them is pure speculation. But when one reads through them, these scenes seem quite plausible. You can read the scene descriptions below.

“In early cuts, the movie’s opening detailed June Moon’s possession by Enchantress in real tome. Reshoots reshuffled the scene to be later in the movie in flashback form in favour of a new opening centered on Deadshot.”

“Deadshot in the prison cell, watching the rain fall and thinking about his daughter.”

“El Diablo observing the flame of a lit match, before putting it out due to his vow to no longer use his powers.”

“El Diablo being escorted to a training center by being placed in a tube that fills with water to quel his flames, and then unceremoniously dropped onto the ground.”

“Early interviews showed Captain Boomerang’s racism and sexism, but the movie is light on examples of such behaviour, which have apparently been deleted. Most of them were reportedly directed at Katana, to whom Boomerang is attracted to.”

“Early reports indicated more backstory for Killer Croc, revealing that he entire life as a social outcast due to his physical appearancr and has convinced himself that he is beautiful in his own way. Croc crossed paths with Batman while working as muscle-for-hire for numerous Gotham’s crime bosses, while secretly planning to take over one day. There were also scenes displaying his affinity for making sculptures out of discarded materials. Aside from jokes about Croc viewing himself as ‘beautiful,’ one of these were retained in the final cut.”

“Also deleted was a scene where he becomes sick at the helicopter escort to Midway City, throws up half-digested pieces of goat, and then eats them again, disgusting the nearby Navy Seals.”

“Early cuts reportedly included a passing reference to Slipknot being serial rapist, likely to further paint him as unsympathetic to the audience ahead of his own death.”

“More scenes of Rick Flag and June Moon’s romantic relationship, including him reading the files of the Suicide Squad recruits after Waller delivers them to him.”

“Another scene where Flag and Moon are out on a date.”

“Extended scene of Joker interrogating Captain Griggs, including the line, “I can’t wait to show you my toys,” which was in every trailer, but was removed from the movie.”

“Joker and his men escaping after shooting up a restaurant. Harley, who is already affiliated with the Joker, follows them on a motorcycle and intercepts their car. Joker bangs his head against the glass in frustration.”

“Joker and Harley then get into a fight, which ends with Harley pointing a gun at Joker’s head. Joker sweet-talks Harley into lowering the gun, charming her, then backhands her across the face. Afterwards he sweet-talks her again and they kiss.”

“Extended Ace Chemicals scene where Harley jumps into the chemicals. More bits of dialogue from Joker.”

“Extended Batmobile chase scene with more interaction between Joker and Harley. One of the examples, presented in all the trailers, is the Joker punching the roof of his car.”

“Harley using her baseball bat as a mock gun to play shoot at invisible foes.”

“Extended scene of Joker breaking into the nanobomb manufacture facility to arrange for Harley’s neck-bomb to be disabled.”

“More interactions between Harley and Boomerang. Early cuts apparently included her really disliking him despite growing affectionate to all the other members of the squad.”

“Extended bar scene with Harley taking everyone’s orders. Deadshot calls for a shot, Katana wants whiskey, Croc and Boomerang settle for beer, Harley asks Diablo wants and he prefers water which she jokes, “is a good idea.” The scene was featured in the trailers, but in the movie it cuts directly to Deadshot’s speech about them all almost pulling the mission off.”

“Removed several scenes with the Joker to repaint his relationship with Harley as more loving rather than abusive.”

“Joker returns during the final battle in the subway station, face half-burnt from the helicopter crash, which apparently leads to a brief altercation with the Squad. He calls for Harley to escape with him but she refuses for once in order to help her friends, and the Joker escapes after throwing a live grenade at the group to cover his own escape.”

Keeping in mind that these deleted scenes have not been confirmed, it leaves me wishing that many of them were implemented into David Ayer’s product. Many of these scenes would have helped flesh out the characters and narrative further and perhaps make the film feel cohesive rather than incoherent. What do you guys think of this list of possible deleted scenes? Do you hope we see them on the future Blu-Ray release, or more ideally – an extended cut of the film? Who knows at this point.