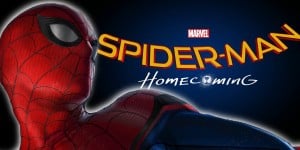 In really exciting news for any Spider-Man fan out there, Spider-Man: Homecoming is one step closer to being in front of our eyes on July 7. The latest Spidey-flick, being directed by Jon Watts and starring Tom Holland, has finally complete filming in Atlanta. As the film is set to conclude filming in New York City next weekend, the stars of the movie have thanked Atlanta and the fine people there for helping them while filming was underway, bidding them farewell.

The film’s lead, Holland said, “See you soon Atlanta. It’s been real.” This might be a fan looking too into something, but considering Avengers: Infinity War is set to be shot in Atlanta, the actor is probably referencing that. Jacob Batalon, who will portray Ned Leeds in the film also said thanks,  “Thanks Atlanta, you’ve been good to us. Next up NY.” While the film’s director has not yet revealed his gratitude to the city, judging by his most recent Instagram posts, it is sure to be incredibly entertaining. You can check out the posts below.

With filming headed towards New York City for a couple of weeks, it is safe to assume a rather large amount of Spider-Man: Homecoming is in the bag. In which case, a teaser trailer for the film should drop within the coming months, something I am sure will get everybody’s spider-sense tingling.