A new Hot Toys figure gives us a better look at Tom Holland’s black and gold suit from Spider-Man: No Way Home.

Spider-Man: No Way Home is set to be one of Marvel’s most explosive films thanks to the cliffhanger Far From Home ended on. With the whole world knowing that Peter Parker is Spider-Man, things are expected to crazy for the young webslinger. The sequel is set to feature Doctor Strange in a pivotal role, as well as Toby Maguire and Andrew Garfield, who are reprising their respective Peter Parkers. Details are relatively slim on the film as a whole but the promotional cycle for the Tom Holland film has begun.

Last month, merchandise showcases Tom Holland’s new Spider-Man suits, which included an updated Iron Spider look, as well as a new black and gold suit. Now, Hot Toys, known for their pristine quality and detail, have unveiled their black and gold Spider-Man: No Way Home figure.  The highly detailed figure gives us our best look yet at the character’s new suit, revealing some of its intricate details. The No Way Home suit features Doctor Strange iconography on both the web shooter and on Spider-Man’s chest piece. The figure also comes with blue webs that appear to be ordained with Doctor Strange-like discs. While details are non-existent on what this suit is capable of, it looks like the suit has been enchanted by the sorcerer to help Spidey defeat his cosmic foes. 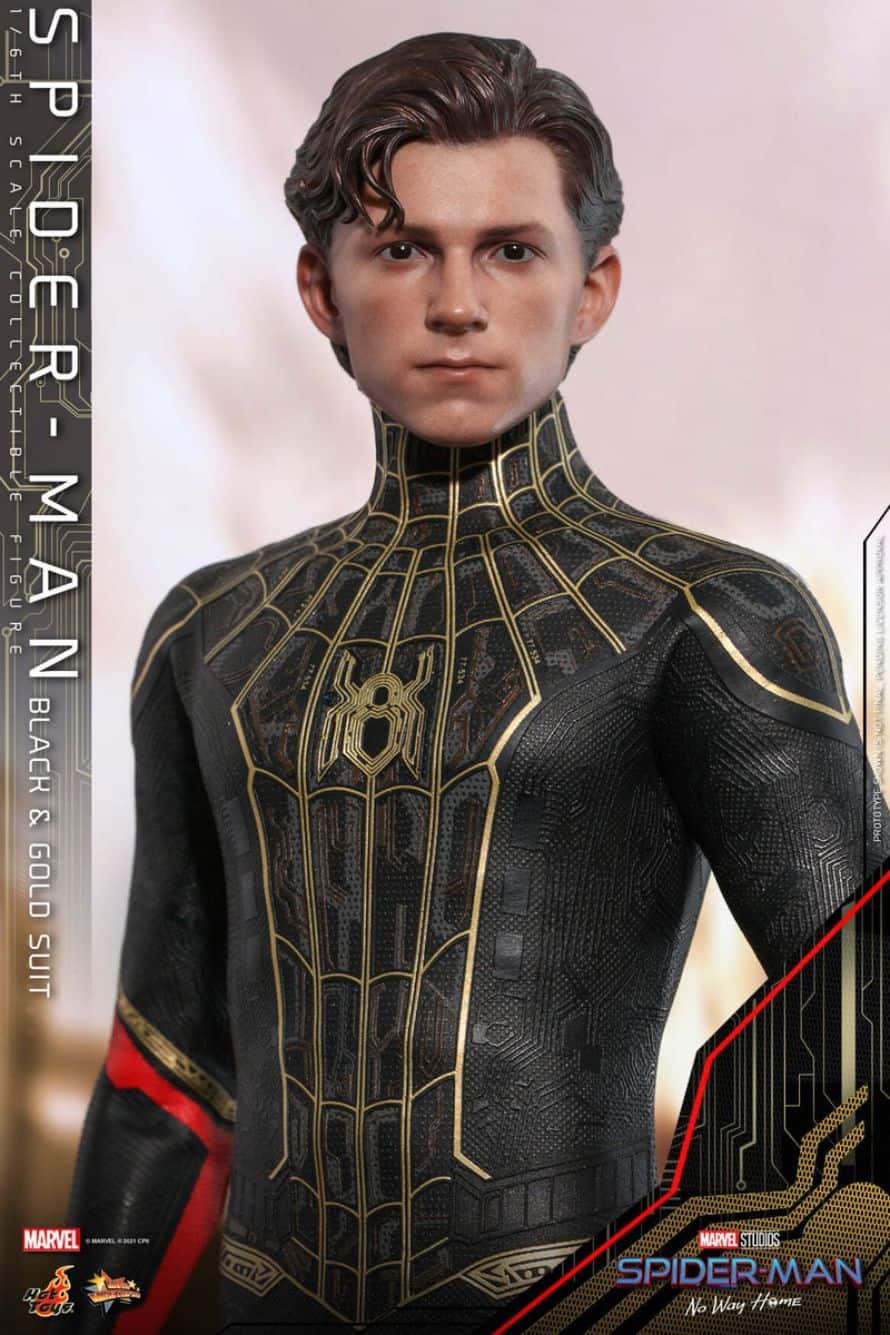 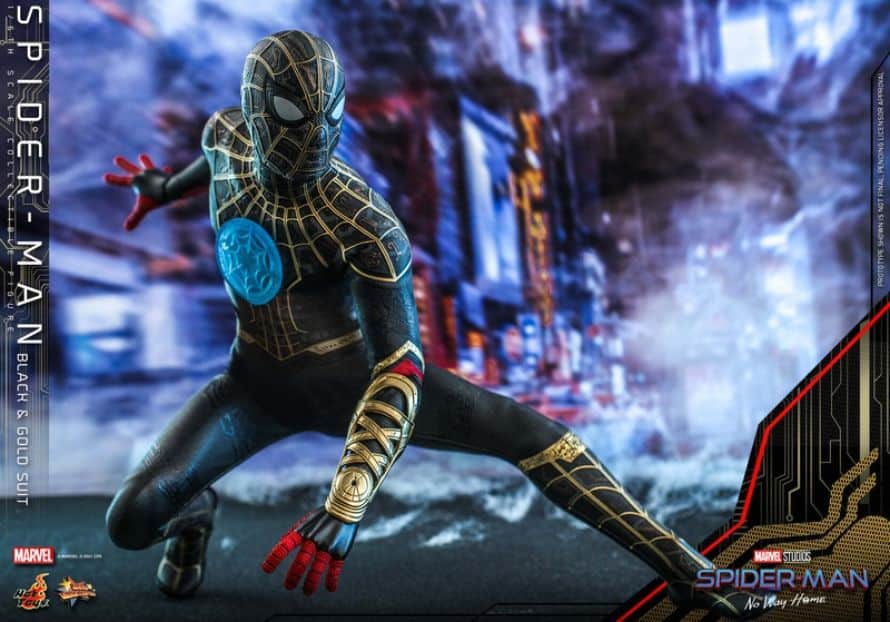 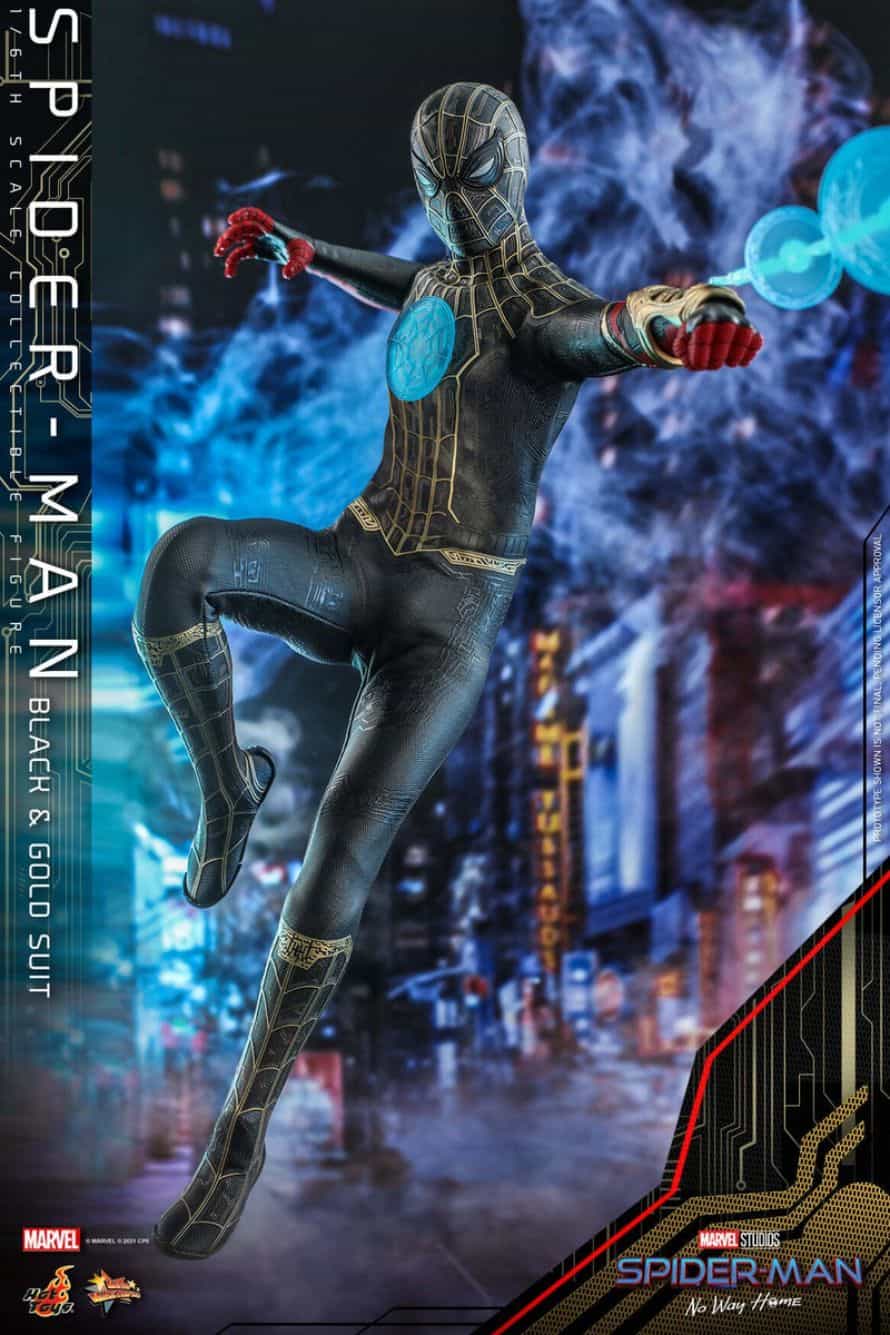 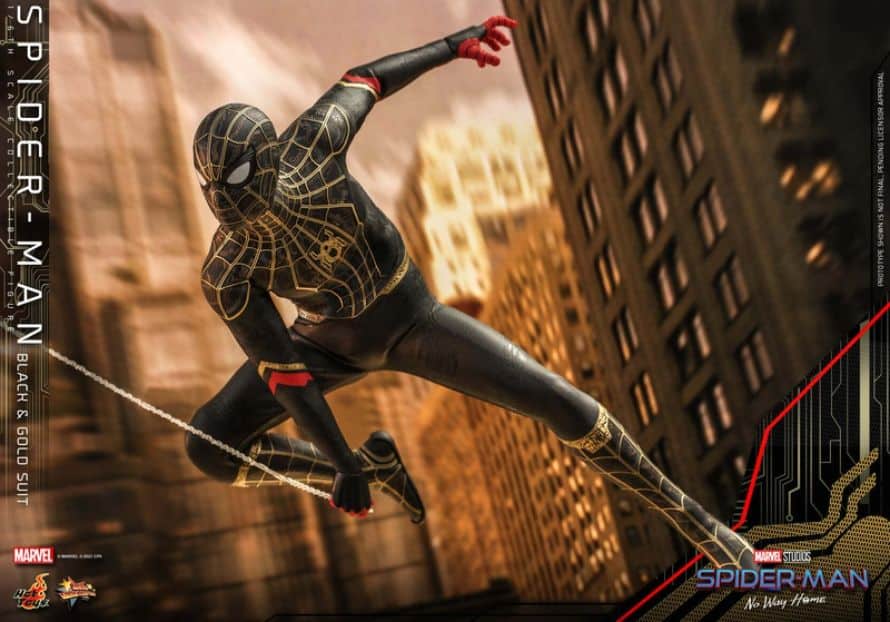 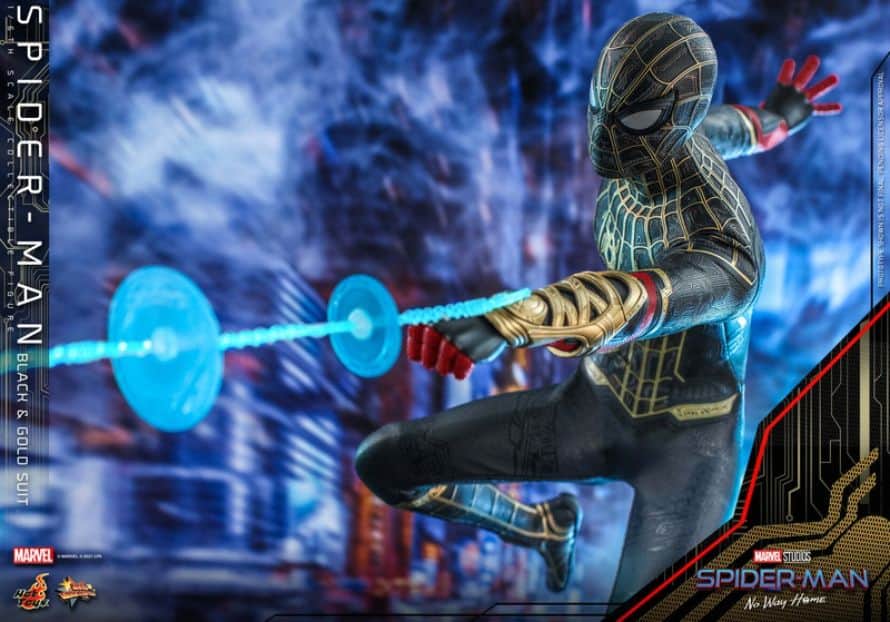 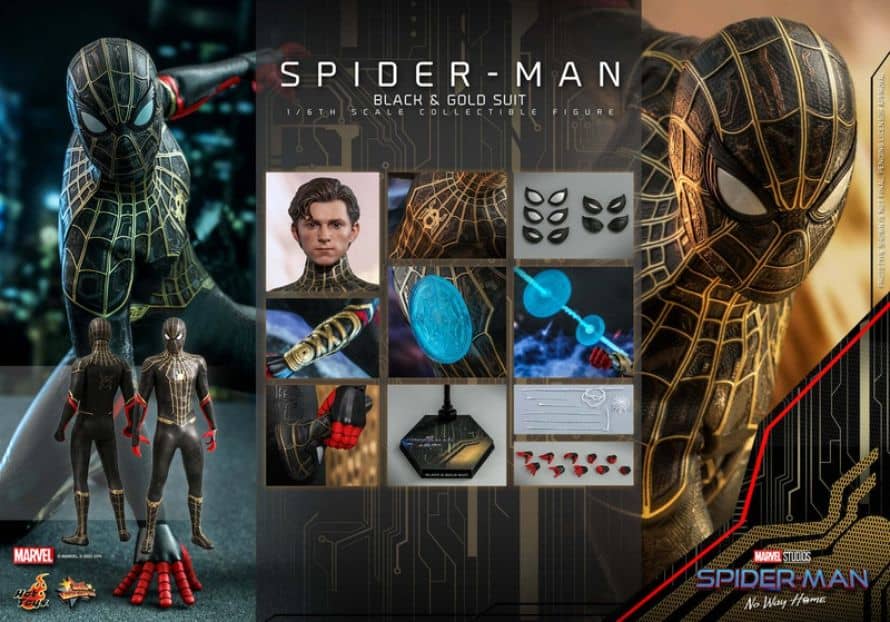 What are your thoughts on Tom Holland’s new suit? Comment below and let us know!

Tom Holland was last seen in Spider-Man: Far From Home. Here is the synopsis:

“Following the events of Avengers: Endgame, Peter Parker (Tom Holland) returns in Spider-Man: Far From Home. Our friendly neighborhood Super Hero decides to join his best friends Ned, MJ, and the rest of the gang on a European vacation. However, Peter’s plan to leave super heroics behind for a few weeks is quickly scrapped when he begrudgingly agrees to help Nick Fury (Samuel L. Jackson) uncover the mystery of several elemental creature attacks. Spider-Man and Mysterio (Jake Gyllenhaal) join forces to fight the havoc unleashed across the continent but all is not as it seems.”

Spider-Man: No Way Home is currently set to be released on December 17, 2021. Stay tuned for all the latest news on the upcoming film and be sure to subscribe to Heroic Hollywood’s YouTube channel for more original video content.