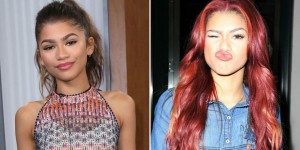 After our founder Umberto Gonzalez broke the news of Zendaya’s mystery role to be Mary Jane last week on The Wrap, the internet went ablaze. Many fans have come out both in for and against this casting decision, but the one who created it all, Stan Lee, is completely for this choice.

In an interview with The Toronto Sun Stan Lee spoke about the reported casting and how Zendaya should be “absolutely wonderful.” So while this is no official confirmation, it’s definitely a recommendation of the highest regard.3

“If she is as good an actress as I hear she is, I think it’ll be absolutely wonderful.”

Zendaya got her start on a variety of Disney Channel shows and was originally reported by Marvel Studios to be playing a mysterious character named “Michelle,” and we now know that was simply a codename. Zendaya will be the second actress to portray the character of Mary Jane on screen after Kirsten Dunst in the original Spider-Man trilogy. Shailene Woodley was also set to play the character in the Amazing Spider-Man series but was later edited out of the film. Zendaya also marks the fist time Mary Jane will be portrayed as a person of color, but looks don’t matter nearly as much as character, and Zendaya fits the character perfectly.