It appears that lightspeed doesn’t just apply to a starship like the Enterprise. Paramount announced this week that Star Trek Beyond would already be coming to Digital HD on October 4th and DVD/Blu-Ray on November 1st. Now the studio has further added to that anticipation by releasing the official cover art and a list of all the awesome special features fans can enjoy over and over again.

While Star Trek Beyond barely broke even at the box office with a worldwide gross of $333,211,743 on a $185 million budget, the film was still regarded as one of the best Star Trek films and a nostalgic return to the days of the original series.

Deleted Scenes – Go Beyond the final cut of the movie with scenes you didn’t see in theaters.

Beyond the Darkness – Meet visionary producer J.J. Abrams, director Justin Lin and co-writers Simon Pegg and Doug Jung as they discuss the inspiration for the Star Trek Beyond storyline and how it came to life.

Divided and Conquered – Learn how filmmakers pushed the boundaries in Star Trek Beyond by forcing the Enterprise crew into their most challenging situations yet.

Trekking in the Desert – Go on set to Dubai and discover how its futuristic architecture became the foundation for the most innovative Starbase yet.

To Live Long and Prosper – Journey through the past 50 years of Star Trek with J.J. Abrams and the cast as they reflect on the evolution of this iconic sci-fi series.

For Leonard and Anton – Watch a touching tribute to the legendary Leonard Nimoy and beloved crew member Anton Yelchin.

Gag Reel – Join in on the fun with this hilarious gag reel of on-set bloopers. 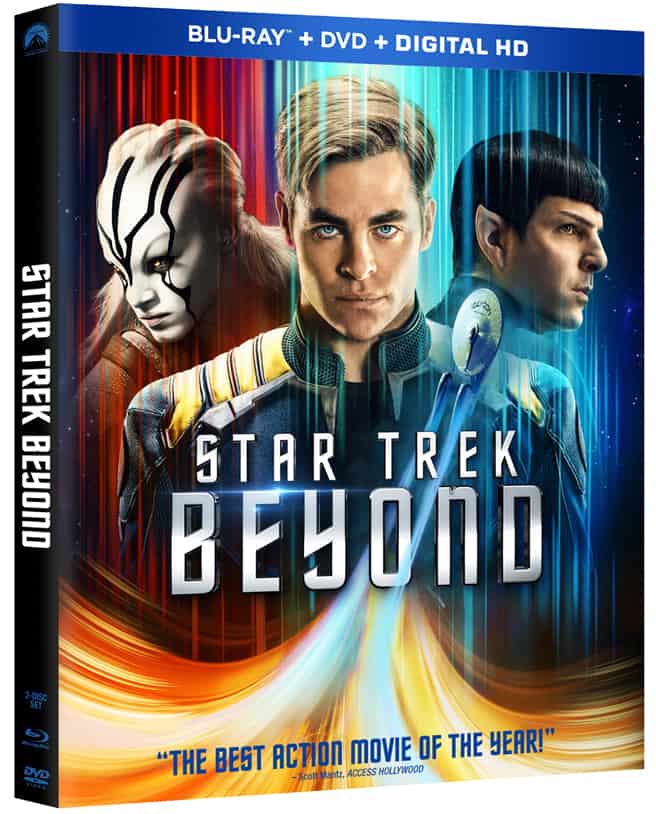 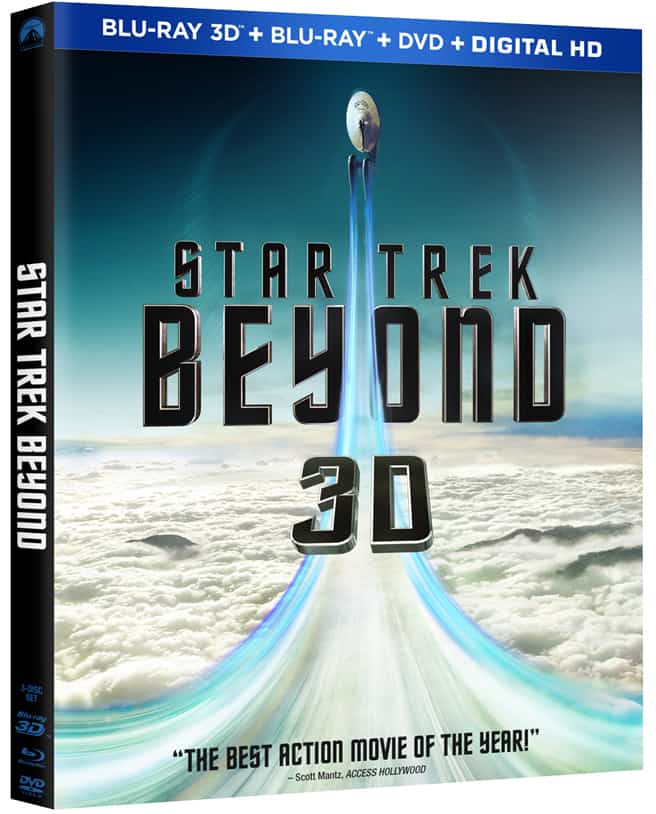