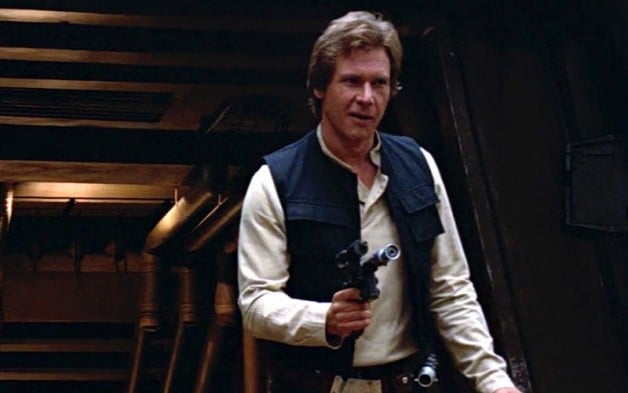 Next year fan favorite Star Wars hero Han Solo will return to the big screen, albeit with actor Alden Ehrenreich portraying a younger version of the smuggler. Of course, Ehrenreich will be assuming the role from Harrison Ford, who played the character in four installments of the Star Wars film series. In an interview on The Star Wars Show alongside George Lucas, Harrison Ford shared his feelings on the upcoming Han Solo standalone film and the young star who will play the titular role.

Harrison Ford revealed how he will feel watching the film and gave his approval on the casting of Alden Ehrenreich.

“Of course I’ll be watching it as a fan, but it will be weird … it’ll be a little weird … I’ve met the fella who’s gonna play the younger Han Solo. Wonderful guy, very sweet, and a very good actor. So I’m delighted in the choice.”

One can imagine it would be a strange feeling to watch a new actor take on a role you made famous, but receiving the approval of Harrison Ford might provide relief to some fans who are apprehensive about a new star playing the iconic character.

Are you excited for the upcoming Han Solo film? Share your thoughts below!

The untitled Han solo film is scheduled to be released in theaters on May 25, 2018.