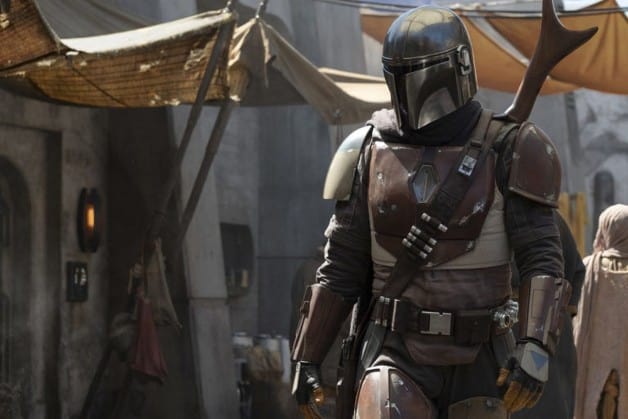 In a recent post, The Mandalorian showrunner and Iron Man director, Jon Favreau shared a pair of prop photos for the upcoming Star Wars series.

The images in question sadly didn’t give us anything of substance. The first one is that of what appears to be covered bucket with some mechanical functions but gives us no hints as to what it may be or what it is used for. The second image is that of rifle with what appears to be some kind of tuning fork/shock rod at its end. The weapon in question is similar to the weapon used by bounty hunter Boba Fett in his first appearance in The Star Wars Holiday Special.

You can see the full images Favreau posted below:

The series itself is set to focus on a bounty hunter who flees the New Republic after the fall of the Empire. General audiences probably best know the Mandalorians through the characters of Jango and Boba Fett in the both the original Star Wars trilogy, the prequel trilogy and The Clone Wars cartoon where the race played a big role in the series. People more entrenched in the original Expanded Universe material, however, also know of the characters a warrior race that once brought the Old Republic to it’s knees in a war that started before the Knights Of The Old Republic video games. But how much of that lore will make it in to the show is currently unknown.

‘Star Wars Resistance’ Will Crossover With ‘The Force Awakens’

What do you all make of these images? Are you all excited to see an original character don the Mandalorian armor? Would you have preferred a straight up Boba Fett film? Let us know what you think in the comments below!

Here’s the official synopsis for The Mandalorian:

The Mandalorian will debut exclusively on Disney’s upcoming direct to consumer streaming service, which is expected to launch by the end of 2019. Stay tuned to Heroic Hollywood for the latest news on the future of the Star Wars franchise as we learn it.