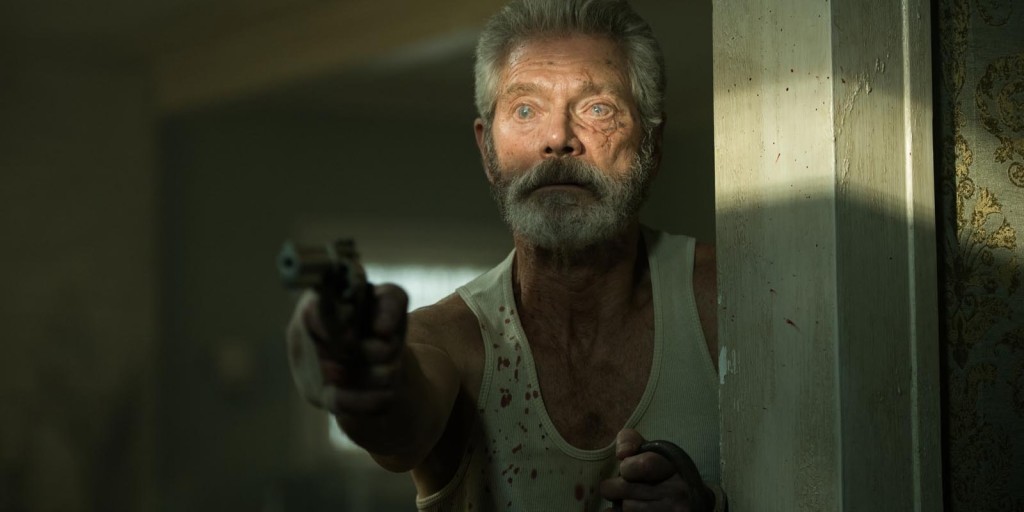 We all know that Cable is set to appear in the Deadpool sequel, as teased during the film’s post-credits scene that paid tribute to Ferris Bueller’s Day Off. Since February, many fans have been fan-casting actors who would perfectly fit the bill such as Mel Gibson, Dolph Lundgren, Keira Knightley (she’s got range!), among others. Recently, it was reported that Kyle Chandler was a frontrunner.

While promoting his new film, Don’t Breathe, Lang was asked by Mashable on whether or not director Tim Miller has approached him for the Cable role as well as what he thought of the first Deadpool film, to which he responded:

Oh sure, I was a fan of the first Deadpool and I’d be delighted to be a part of that sequel, but I haven’t spoken to anyone about it. It kept cropping up on the internet that I should play Cable. The extent of what I did was, one day I was in the gym and I tweeted, “let’s lay some Cable,” and that became construed as my campaign for the part. Even now, if someone does fan art, I’ll retweet it because I like keeping it alive. It’s the same studio as Avatar, but I don’t know if that makes it easier or more difficult logistically. Either way, no one has approached me, and I can’t even say if I’m in the actual conversation. But they must be aware of it, because whoever makes those decisions must be aware of everything. Plus, I think I’d do a pretty bang-up job with the part. Having said that, understand that my obligation is to the largest, most successful film ever made, so Avatar takes precedence.

Speaking of Avatar, Lang talked about the significance of his character Colonel Quaritch in the upcoming sequels.

Well, I can say because it’s a matter of public record, that the character of Col. Quaritch is important in each of the films — Avatar 2, 3, 4 and 5.

After seeing Don’t Breathe, I was simply blown away at the mere physical presence that Stephen Lang exuded. Not only does his presence shine on that standpoint, but he is capable of delivering such a cold and calculated performance that would fit effortlessly into Cable. As for the Avatar news, I am quite intrigued. But before I can jump fully onboard the hype train to Pandora, I need to see that production on the first sequel actually begins.

Don’t Breathe is in theaters now.