Well, I’m oh-for-two on my predictions from last time. Not only did we not get any Star Trek posters Friday, but the newest batch does not feature Captain Kirk as I expected. As a personal apology, I’m giving you one more Star Trek Beyond poster than the standard two today. Picked it out myself, just for you. Enjoy. 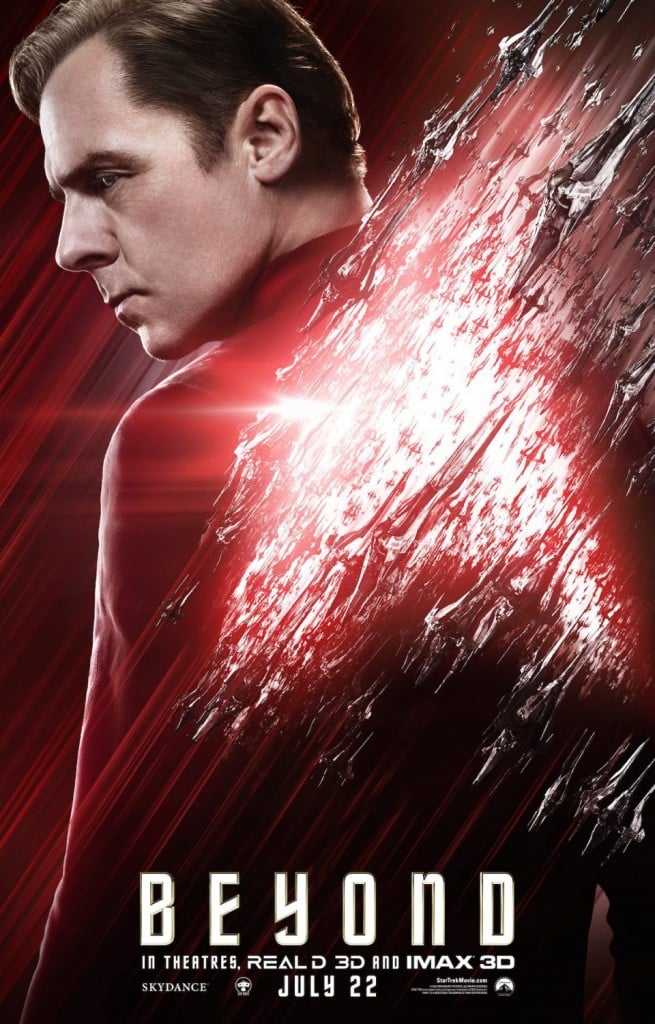 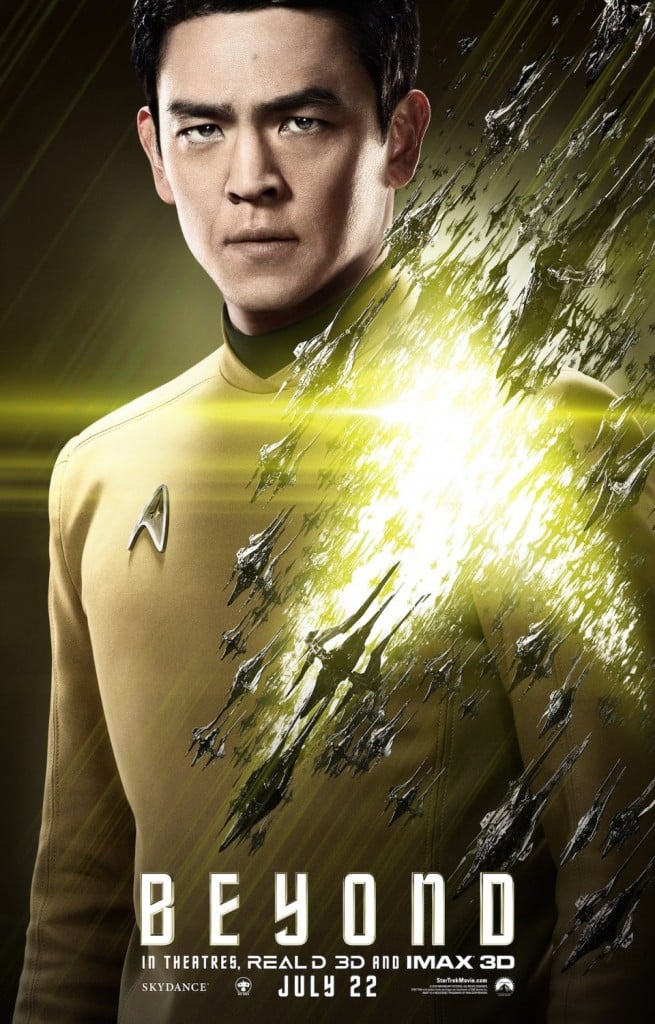 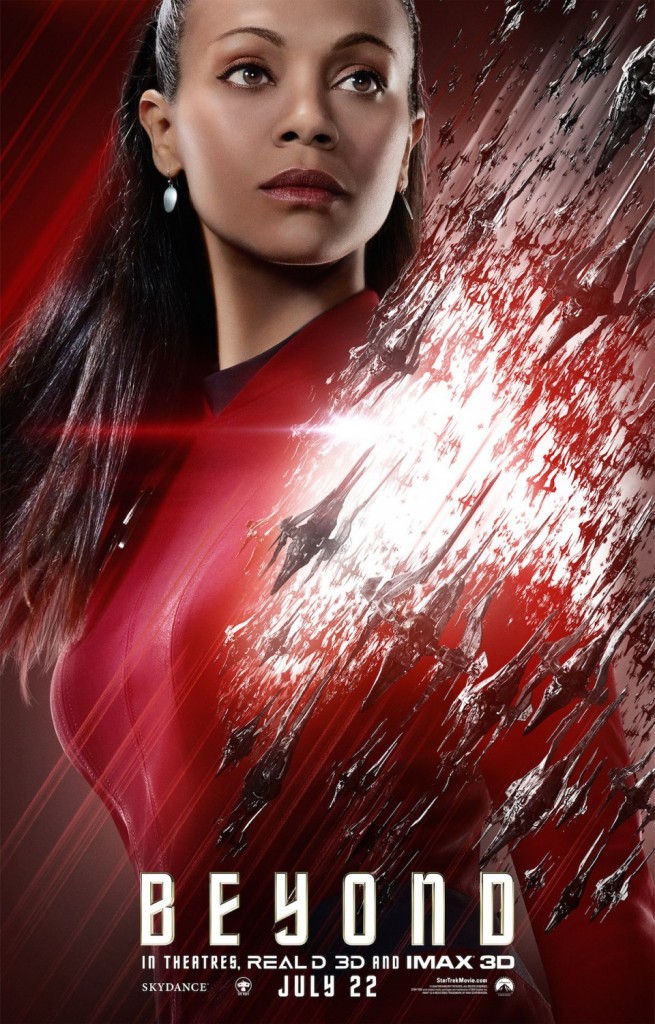 Couple of things here. First of all, I think of the three, Uhura’s poster is the most dynamic and exciting, but poor Zoe Saldana’s face has been retouched to the point that it looks like it’s made out of Silly Putty. Second, I can’t quite tell with Scotty’s, but the images of Sulu and Uhura have been flipped horizontally. It’s most obvious on Sulu since not only is his Starfleet insignia on the wrong side of his uniform, but the insignia itself is flipped the wrong way around. It’s especially hard to miss since the giant glowing insignia features so prominently on these posters. Oops.

Speaking of these new uniforms, I really like them. I know some fans are griping about the high collars and the way the shoulders are cut which differs from the classic look, but for me, the biggest thing is that these uniforms actually fit properly. The uniforms in the last two movies had this baggy, one-size-too-big quality to them that made them look like pajamas. Also, even though the cut is a little bit different, to me these feel more like the classic uniforms, not only because they fit right, but also because they’ve done away with the silly texturing made up of a thousand tiny Trek insignias. It’s also nice that the women’s uniforms have sleeves this time around which means they get to display their rank just like their male counterparts.

But anyway, the posters. I still like ’em. This is the worst batch so far with a handful of mistakes and design problems, but on the whole this is one of the better print campaigns I’ve seen for a major blockbuster release in some time. I suspect we have one more batch of Star Trek posters coming our way. See you then.