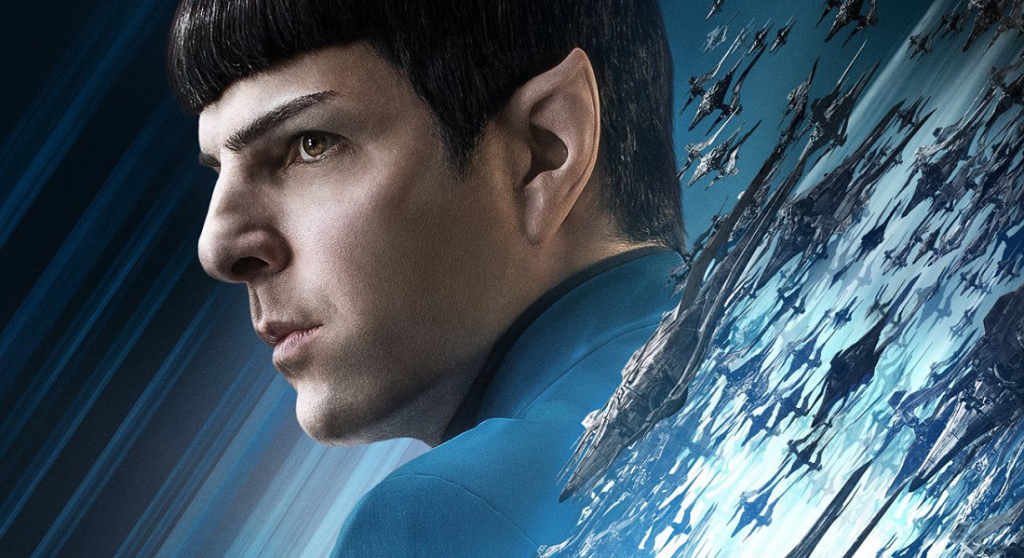 Yesterday we showed you a pair of Star Trek Beyond character posters for good ol’ Doctor McCoy and Trek newcomer Jaylah. Today Paramount has released two more posters for you to put in front of your eyeballs. 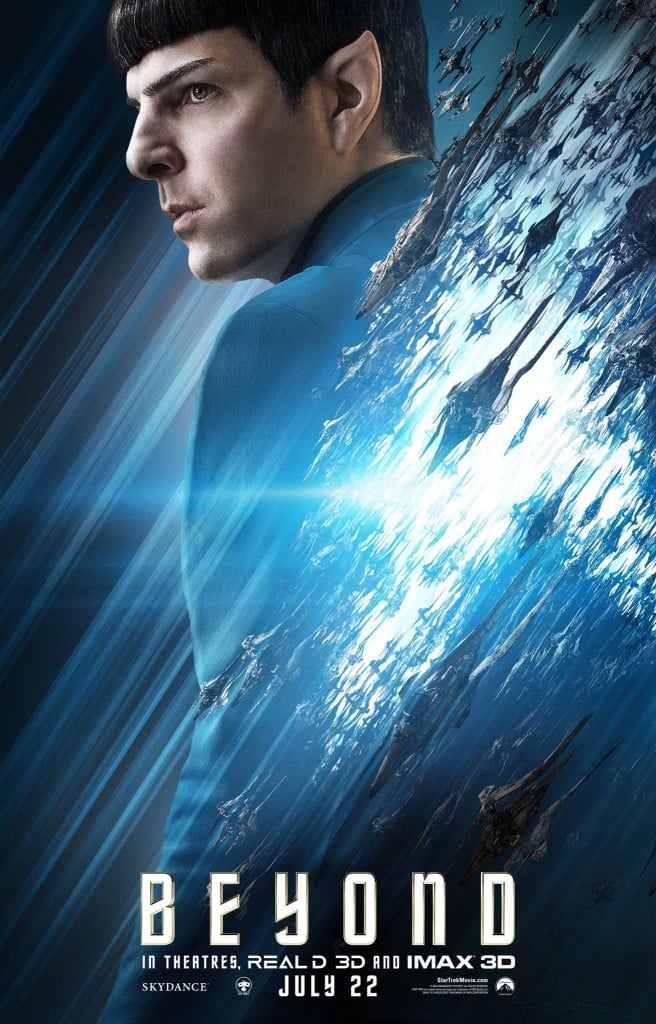 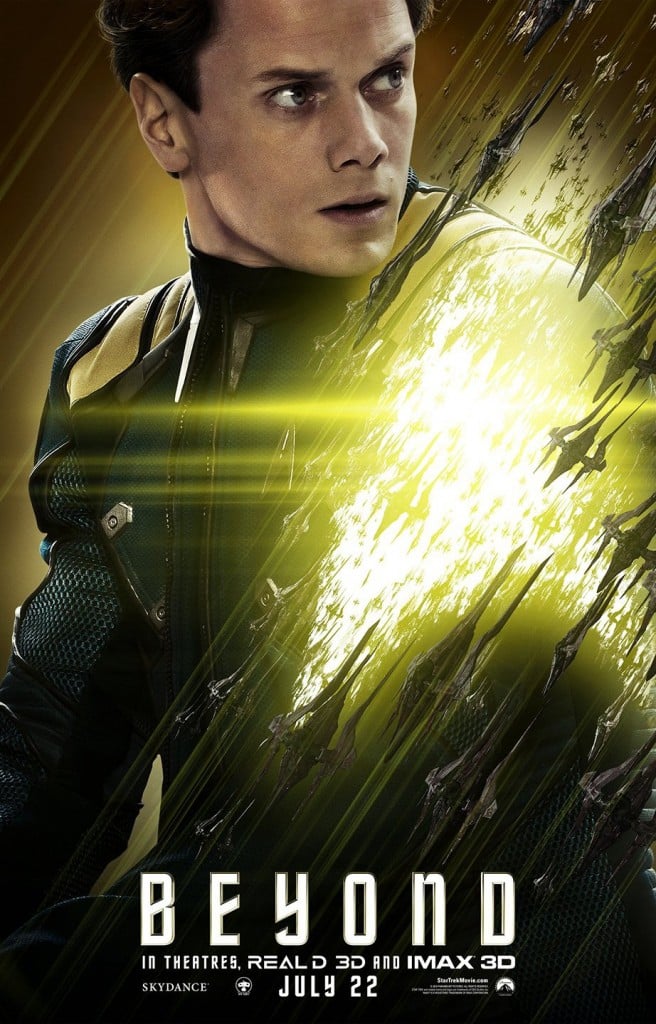 There’s not a lot to say with these that I didn’t already say yesterday. The digital scrubbing of the faces is still present, although it seems to be slightly less egregious than it was on the last two. Also, while Spock’s poster mirrors Bones’ in a lot of ways (same color scheme, same profile shot, etc.) I think the composition is better in a few small ways. Having it be an over-the-shoulder shot allows the arc of his shoulders to match the motion of the ships in a way that Bones’ straight-up-and-down pose did not, and putting the Star Trek insignia off-center makes make the whole image feel less static and boring. As for Chekov, his poster gives us another look at the sweet new jumpsuits this movie is introducing, and I can only count that as a good thing (fun fact: I probably spent a combined total of 30 or more minutes ogling at the suit they had on display at last Friday’s fan event). I don’t think either of these are quite as good as Jaylah’s poster from the last batch, but I’m still digging them on the whole.

I expect there’ll be two more of these suckers coming tomorrow. Kirk seems to be a given, completing the ‘holy trinity’ along with the already released posters for Bones and Spock, but who will be on the second? Scotty? Idris Elba’s villain, Krall? Tyler Perry? The answers to these unknowable questions and more will (probably) be revealed tomorrow. Try not to get too worked up with anticipation.