It’s possible that I’m just high on Star Trek right now thanks to an almost unprecedented level of actually encouraging Trek news, but I’ve been really digging Star Trek Beyond‘s print campaign. There was the dynamic and unusual image from the one sheet and the fun, nostalgic nod to The Motion Picture in the limited edition poster given out at the recent fan event. Even the international poster – which falls back on a more standard ‘floating heads’ design – is colorful and eye-catching. Today, Paramount released a couple new character posters – the first, I’d assume, of a series. 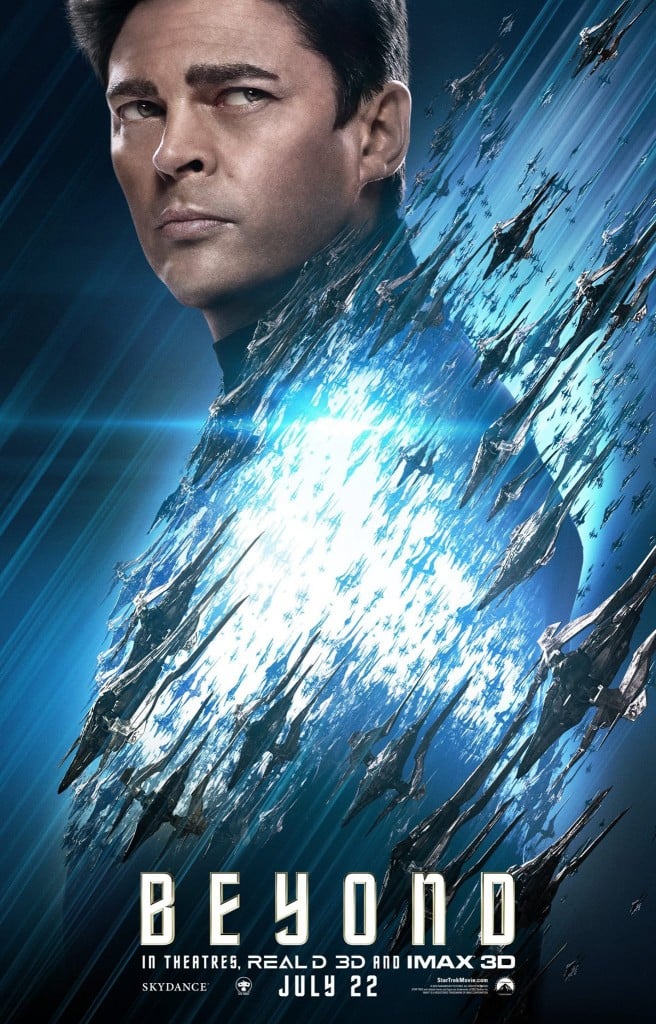 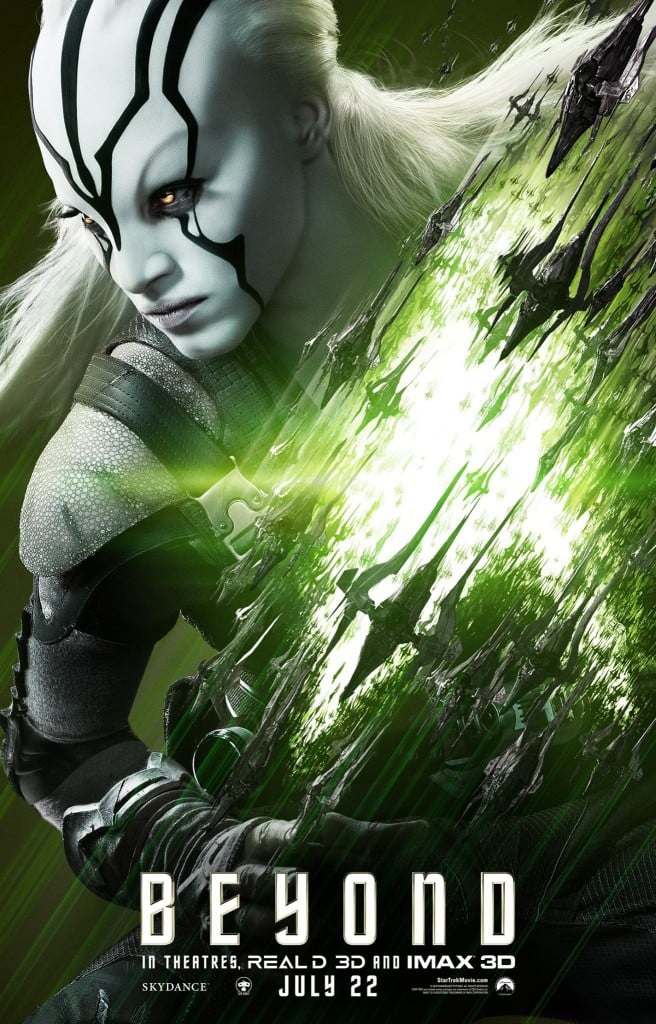 So, of the posters released so far, these are probably the weakest. Bones’ pose is kinda static and boring, and his face has been retouched to hell, leaving him with the complexion of a wax figure. It also has that blue/gray color scheme going on which makes a certain amount of sense given his uniform, but still feels played out. On the other hand, I like the poster for Jaylah a lot. Her face still has that plastic-ey thing going on, but it’s less noticeable thanks to her makeup, and the poster overall is much more dynamic with her pose following the diagonal motion of the ships. I also think the glowing green Trek insignia is more appealing than the blue version on McCoy’s.

After going on total radio silence following the premier of the first trailer back in December, the marketing for Star Trek Beyond is finally starting to heat up. For me, this stuff has been working like gangbusters, but I wonder how it’s playing with people who are generally more ambivalent about all of this Trek nonsense. Trek has never had the crossover appeal of Star Wars or even the Marvel stuff, but I know Paramount is really banking on this one being a big hit for them.

So what do you guys think? Are the new trailers/posters/what-have-you getting you excited for this new movie or do you remain unswayed by all of this space trekkin’ silliness?