‘The Strain’ Recap: S3E6 ‘The Battle of Central Park’ 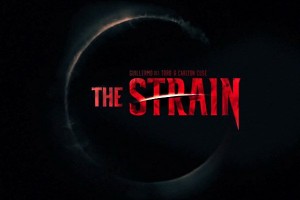 Last week on The Strain, Eph and Dutch started to make some headway in figuring out how the Strigoi work. While trying to figure out a potent biological weapon they were able to start to understand how they communicate with each other to coordinate attacks. If they can figure out a way to disrupt that, then the Strigoi will not be so strong. Although they failed in creating an effective countermeasure, this was the first step in trying to stop them. Elsewhere Fet did some investigating and discovered where the Strigoi nest. This discovery led him to tell Councilwoman Feraldo to plan an all-out assault on them in Central Park. With an episode title like “The Battle For Central Park,” it looks like we would be in for a treat this week. So how did it go?

Turns out, not so good for the good guys. Although the plan was sound, as always, Eichhorst is two steps ahead.

Team Human’s plan was for Fet and a small ground of soldiers to go underground and drop a silver bomb on their next. Unfortunately, they did not realize just how large the sheer amount of Strigoi there really are. Even though he was able to get the silver bomb detonated, it was mainly a well-sacrificed ruse. Sure thousands of Strigoi died, but there seemed to be tens of thousands more who overwhelmed the police officers that maintained a perimeter around the park and were taken care of in the last few minutes. Eph and Dutch monitored the Strigoi communications during this to monitor Strigoi communications.

Meanwhile, Zach (who turns out isn’t The Master) is still locked in his makeshift room. Eichhorst and his mother have given him his own Feeler Strigoi to operate as his own guard dog that obeyed his every command. He even could give it a name (which did not do this episode but he probably will soon) and ended up laying with it as though it was his own pet. When Eichhorst knew that Fet was close, he had Zach leave his underground bunker. Zach, displaying surprise ingenuity left a note so that he could get a message to his father that he was ok.

Also, Gus and the fellow prisoners turned volunteers had to continue clearing tunnels under the cowardly boot of their police guardian. When it hit the fan, they were finally freed and luckily found Fet as they helped him detonate the silver bomb under the condition that they would remain free.

With the good guys being dealt yet another devastating blow, it looks like New York is no more secure than it previously was. Zach is still elsewhere, and we still don’t know who the new “The Master” is.

Before we can get to that next week, here are a few of the top moments of the episode.

The Underground Scenes Were Actually “Scary” 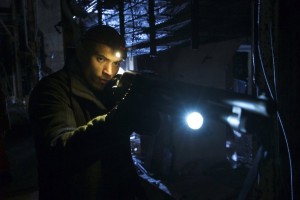 There were two arcs spent underground this week: Gus and the “chain gang” and Fet and the soldiers. They ran parallel with each other as well, which is why they eventually met up later on. This episode, unlike others, had a very claustrophobic vibe to themselves. As Fet and the soldiers were trying to find the nest, each hallway was dark and you did not know what was happening around the corner.

For a show about horrific vampires, it’s rarely “scary.” Since we are three seasons in the show, there’s not much that can truly scare the audience at this point. However, this episode, given how dark the tunnels were, and how narrow many of the corridors were, there were actually a few pretty good jump scares that worked for the show in ways they haven’t worked for a quite some time. Bravo for the set decorators and the director for making a claustrophobic atmosphere very reminiscent of Alien.

Zach Gets His Own “Dog” And Development 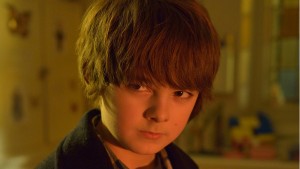 One thing about Zach that many fans have griped about online is the actor. Many people didn’t prefer the casting change last season and did not like the mannerisms of the new actor. However this episode they actually gave him something to do relevant to the plot and he gets to make his own decisions. When his mother and Eichhorst present him with one of the feeler Strigoi, it somewhat changes the character a little.

The only Strigoi that he is comfortable around is his mother because she’s his mother of course. However, when they introduce him to his new “pet,” like a child in need of a companion, he’s taken with it. At first, he’s afraid because it’s a freakin’ Strigoi! After he sees that it’s programmed to follow his orders as a normal puppy is, he starts to get comfortable with it. He is first teaching it to play “fetch,” and eventually allows it to sleep in the same bed with him. Although we don’t yet know what The Master and Eichhorst’s plans are for Zach, but now it looks like they won’t have to work so hard to break him and turn him onto Team Vampire.

At the same time though, Zach is displaying a little bit of common sense. When he realizes that he might have even the smallest chance of rescue, he leaves a breadcrumb for his father to find by leaving behind his The Maze Runner book with a note of his status. This way his dad doesn’t give up hope and can possibly rescue him.

The “Volunteers” Are Free 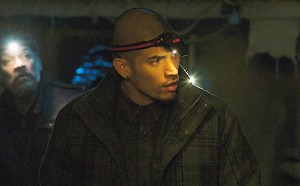 For the past few episodes, Gus and Angel have been held captive by the New York Police Department. Because they were arrested and there no longer is a penal system, all criminals have been deputized to be cannon fodder for the police and go into dangerous places to fight the Strigoi, and they aren’t even allowed guns.

This episode they finally “earn” their freedom the only way you can in the vampire apocalypse: they take it. After two cowardly police officers take them down into the tunnels to clean out Strigoi, they seize their moment and jack them for their guns. In doing so they finally rid themselves of being under the boot of the NYPD and are able to do what they want going forward. Gus, Angel, and a new female prisoner (whose crime was that she violated curfew for food) are remaining when they run into Fet and Captain Rogers. Fet is horrified that they were used this way and promised them they are free, but he needs their help. Gus agrees to help but tells Angel to let the fellow prisoner escape because she doesn’t need to be down there.

The Attack On The Nest And The Aftermath 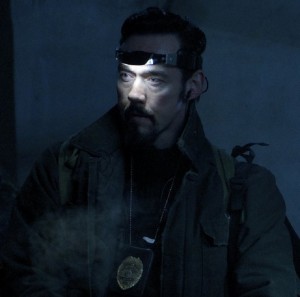 As stated before, the underground atmosphere was claustrophobic with Strigoi lurking around every corner. Luckily for the good guys, Fet was leading the charge. Even luckier for him, he had his own “Captain America” with him. Turns out the badass Captain Rogers he had with him was the woman he slept with a few episodes ago. Not only do the two have sexual chemistry, they also work well on the battlefield. As the rest of the soldiers get picked off, the two of them each have each other backs and are able to dispatch the Strigoi they come across.

After they connect with Gus, it’s an all-out battle as they get cornered by the Strigoi. Captain Rogers and Gus fend them off from all angles while Fet prepares the silver bomb for the nest. In the last minute, he drops the bomb on them and seemingly kills all the remaining Strigoi. It looks as though it’s time to break out the champagne!

Little do they know, that was but a small drop in the ocean as Central Park becomes overrun with them and easily dispatch many police officers that were holding the perimeter. Turns out the Eichhorst and The Master knew of their plan and made sure that Fet would be delayed until dark when they could launch out an attack on the NYPD.

The arc with Ditch and Eph didn’t bring anything new to the story as they mainly did the same thing they did last week. The only big ting that happened was that Eph knows Zach is still alive, and Dutch is jealous of Captain America. They didn’t necessarily need to have much of a role in this episode. We didn’t see Setrakian and Quinlan, we really didn’t need to see them.

However, the action surrounding Gus and Fet’s teams fighting the Strigoi made it worth the effort. Hey, even Zach got a chance to shine. It’s also clear that Zach is not the new “The Master,” so it’s either going to be Palmer, or whatever/whoever was delivered in Palmer’s shipment last week.