It’s official. Production on Netflix’s highly-anticipated Stranger Things 3 has officially wrapped after around 7 months of cameras rolling, bringing the small town of Hawkins, Indiana back to life for the summer of 1985.

Numerous cast members have commemorated production wrapping on Stranger Things 3 on their respective Instagram profiles. It sure looks like our cast and crew are eager to share the third season to the world:

Amy L. Forstyhe, the makeup department head for Stranger Things shared the following photo on her Instagram story, celebrating all the months of long days and hard work in bringing the characters and environment of Hawkins, Indiana in the summer of 1985 to life: 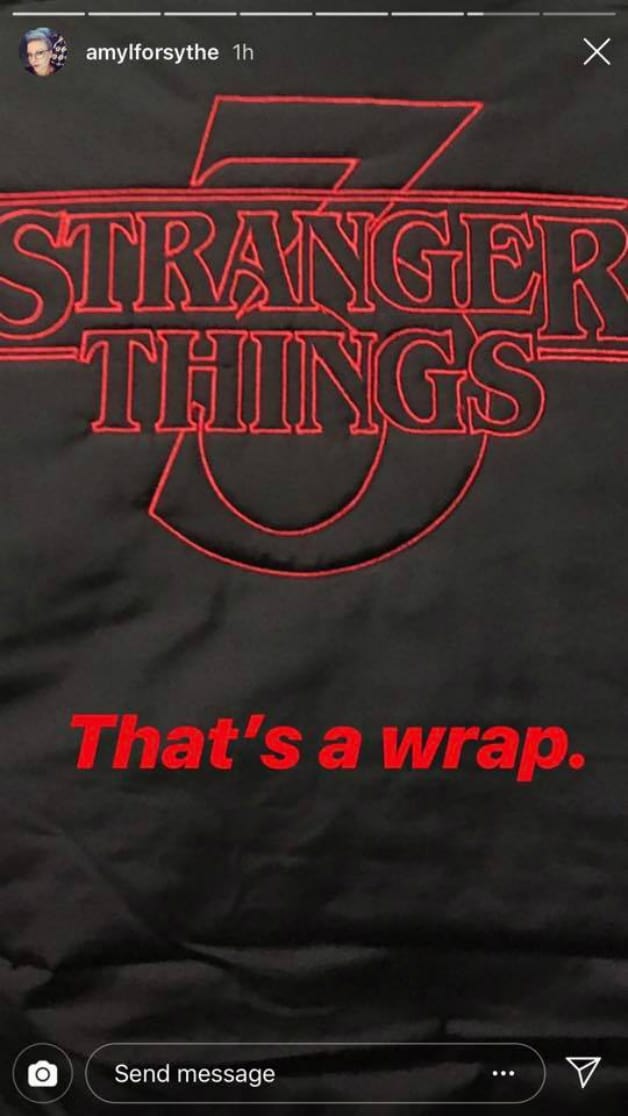 Plot details remain under wraps, however, Stranger Things 3 has been confirmed to take place during the summer of 1985. Production on the third season is drawing to a close with the next adventure set to debut on the streaming service sometime in the summer of 2019.

Stranger Things 3 hits Netflix next Summer. Stay tuned to Heroic Hollywood for the latest news on the third season of Stranger Things as we learn it.

The upcoming episode of Titans will introduce Jason Todd (played by Curran Walters) to the DC Universe world and new photos offer fans a glimpse at his meeting with the titular team, including his Robin predecessor Dick Grayson. Additional photos reveal the team working together as they prepare to take on the nuclear family.

You can check out the first Titans photo below and click "Next" to continue the gallery!

What do you think of the photos? Are you excited to see Jason Todd make his debut on Titans? Let us know in the comments section!

Titans debuts new episodes on Fridays on DC Universe. Stay tuned for the latest news regarding the DC Universe series and make sure to subscribe to Heroic Hollywood's YouTube channel for more content.