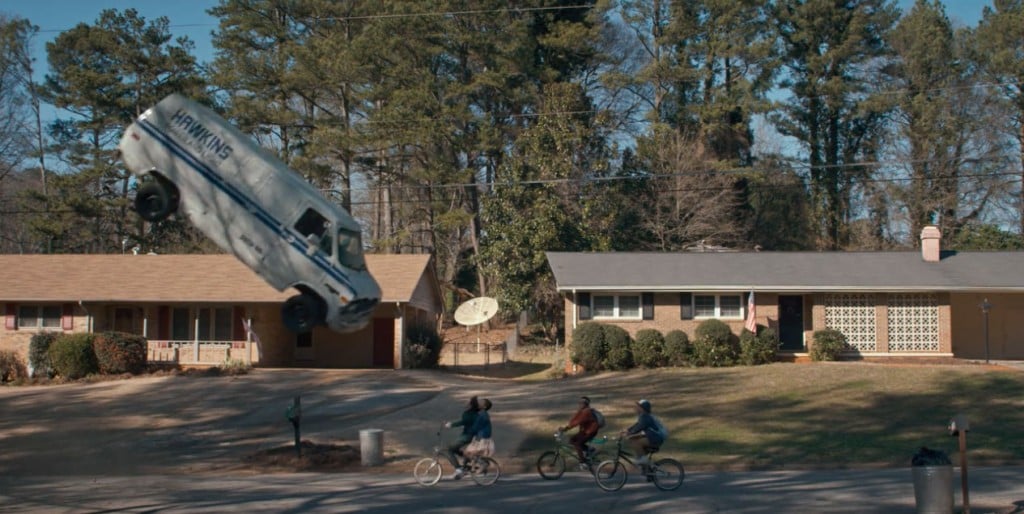 Netflix has been hitting it out of the park with their original content, but Stranger Things is undoubtedly their biggest hit of 2016. Audiences became hooked with this series following the fictional city of Hawkins, Indiana and the disappearance of young Will Byers. Part of this due to how the Duffer Brothers effortlessly brought this homage to 1980’s film to the screen.

Whether it was the callbacks to that era, the terrific child performers, or the compelling sci-fi mysteries, the show resonated with millions and of course, a second season was given the green light. But how can you follow up the heights that season 1 reached? In an interview with the Southern California Public Radio, Shawn Levy, who is one of the show’s producers discussed the show’s success and the pressure that mounts the cast and crew with season 2 on the horizon.

Yes, the pressure is on. It would be so blatantly disingenuous of me to say differently. It’s scary to have people love something this much. It becomes impossible to banish all thoughts of not wanting to disappoint. This has been the challenge of it: on the one hand as we’ve seen in the movie world, to do a follow-up that feels like the same thing is disappointing to an audience; to abandon things or change things [from the original], that disappoints the audience.

A lot of Season 2 is next-level, some crazy stuff, but we must service these characters who are now beloved, who are known to the audience.

Levy than discussed working with the child actors and the effect they had on the production. He also discussed the approach that the Duffer Brothers are taking with them now growing older:

We had dinner with the kids. We could see it right in front of us. They are not the same. They are still, thank God, charming and authentic, but it is a different form of those things.

I think we’re going to stay honest with these kids by growing with them.

These comments harken back to when the Duffer Brothers expressed their hopes that the series will follow in the footsteps of the Harry Potter series – in which that through each new chapter of these character’s lives, we also witness their coming-of-age before our very eyes. Much like how each Harry Potter story gave us the adventures of Harry, Ron and Hermione through all 7 years of their time at Hogwarts, perhaps we will see something similar with Mike, Dustin, Lucas, Will and the rest of the young cast in the extraordinary events that will occur in their lives at Hawkins, Indiana.

I am really curious to see how crazy season 2 will get, much like how Aliens and Terminator 2: Judgement Day got crazier than their predecessors. What do you guys think of Levy’s comments? Do they excite you even more for the new season? Sound off in the comments below on what you expect the next 9 episodes of the series will explore.

Stranger Things season 2 will premiere on Netflix sometime in 2017.