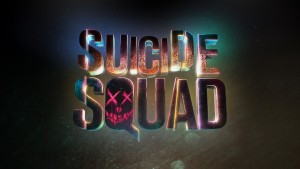 It hasn’t been an easy journey for Suicide Squad, and that’s extremely apparent in the final product. The antihero comic book blockbuster lacks consistency, both narratively and tonally, and it’s impossible to imagine how this film could have gone without studio compromising in the mix. Turns out, like all-so-many tentpole blockbusters of late, writer-director David Ayer’s latest is just another in a long list of recent big-budgeted studio films to suffer from production complications, post-production debates and an endless amount of anxiety. As reported by THR in length today, the process to bring the highly-anticipated comic book adaptation to completion was just as winded and bumpy as the final product itself.

The DC villain team-up film, heavily inspired by Marvel’s Guardians of the Galaxy and costing a reported $175 million to make, needs to be a hit for Warner Bros. With a $140 million opening weekend projected after its massively successful marketing campaign, it’s possible Suicide Squad will be the studio first full-fledge success since 2014’s astoundingly popular American Sniper. With Batman v Superman: Dawn of Justice failing to make the $1 billion the studio hoped it would earn, coming in at a not-terrible $873 million worldwide, they had a lot riding on Ayer’s newest film, and the pressure boiled up.

Warner Bros. chief Kevin Tsujihara was “really pissed about the damage to the brand” after his company was “blindsided” and “deeply rattled” by BvS and its less-than-enthusiastic response from critics and audiences, and they were worried Suicide Squad wasn’t going to deliver on the fun, edgy tone found in the trailers under Ayer’s moody cut. This was around the time WB started working on a different cut  —with help from Trailer Park, the company who made the well-received promos — while Ayer’s continued to work on his version. But that’s not where the troubles began.

Slated as one of 10 DC films Tsujihara hoped to make before 2020, Suicide Squad had a tight window from the beginning, with Ayer’s given “like, six weeks” to write the script, and the studio ultimately went with what they got. Though the studio initially believed they had given the filmmaker enough time to make the film he wanted to make, it became evident early on that things were going to be rushed. But with a release date set, there was no turn back.

Here’s what an unnamed source close to the film said on the matter.

It’s not just that you’ve told the public the movie is coming, you’ve made huge deals around the world with huge branding partners, with merchandise partners. It’s a really big deal to move a tentpole date.

It also didn’t help that Ayer, the director behind indies and mid-budget features like End of Watch, Sabotage and Fury, was not an experienced big-budget filmmaker in the slightest. But it’s now common practice to hire a relatively inexperienced director, by studio standards, to helm gigantic commercialized productions. Recent examples include James Bobin for Alice Through the Looking Glass, Duncan Jones for Warcraft and Paul Feig for Ghostbusters, and it often produces varying levels of success.

As the story continued to divulge, the reason studios rely on these kind of filmmakers is because a lot of actual studio directors, like James Cameron, don’t want to direct these movies, and the studio has a movie to make and, as noted above, a schedule to maintain. Additionally, a lot of proven directors want nearly five or so years to develop their product, and that’s time the studio can’t afford when they have “a machine to feed.” That’s simple economics. Remember, studio filmmaking is a business.

Thus, in the months leading up to Suicide Squad‘s impending release, a lot of cooks were joining the kitchen. Multiple editors were brought on-board, and the film’s credited editor, John Gilroy, apparently left by the end of the process, with Michael Tronick applying the final cuts. As noted by this same unnamed source, “When you have big tentpoles and time pressure, you pull in resources from every which way you can. You can’t do it the way it used to be, with one editor and one assistant editor.”

Production woes don’t always guarantee a bad film. A perfect example would be the original Star Wars, a film that was arguably improved upon its complications. Hopefully, that will also be the case with this December’s Rogue One: A Star Wars Story, which is facing similar problems at the moment.  That said, Suicide Squad ultimately didn’t result in such a success, at least in this writer’s opinion.

And there’s reason to suspect Warner Bros. isn’t necessarily happy with what they got either, despite trying to keep up appearances. They declined to pick up Ayer’s follow-up, the Max Landis-penned Bright set to star Bradley Cooper, before the two competing versions of Ayer’s film were set to be screened. Netflix ultimately picked it up in a whopping $90 million deal, and production on that film is supposed to begin later this year. Hopefully it goes down smoother than this one did.

To read the full story, check out THR’s original article.