The Suicide Squad director James Gunn is responsible for helping Zachary Levi land the lead role in the Shazam! movie. 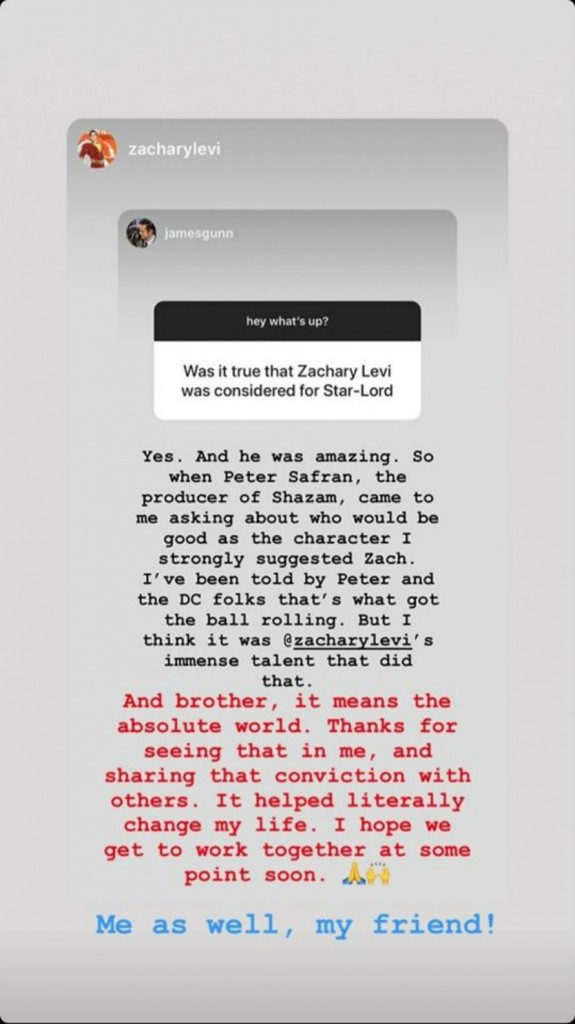 This interaction between James Gunn and Zachary Levi is not only sweet but also gives us further insight into how Hollywood producers are casting their actors. The fact that a producer from DC asked James Gunn regarding who they should cast for Shazam! even before he was working on The Suicide Squad just goes to show how close-knit the Hollywood community is. Zachary Levi went against the likes of John Cena and Billy Magnussen and prevailed, with James Gunn giving him a little push.

What are your thoughts on The Suicide Squad director James Gunn looking out for Shazam! actor Zachary Levi? Let us know in the comments!

The first Suicide Squad followed a team of supervillains who were recruited by the government for a dangerous black ops mission in exchange for reduced sentences. The ensemble cast included Will Smith as Deadshot, Margot Robbie as Harley Quinn and Jared Leto as The Joker. James Gunn’s The Suicide Squad is expected to deliver on the fresh take on the titular team.

The Suicide Squad will be released in theaters on August 6, 2021. Stay tuned for the latest news regarding James Gunn, Zachary Levi and the future of the DC Extended Universe!